Named for real estate agent Seward Cole (1856-1927). Seward’s father was Senator Cornelius Cole, founder of the town of Colegrove in present-day Hollywood. (Seward was named after President Lincoln’s Secretary of State William H. Seward, who had worked with the elder Cole as an attorney and as a fellow senator.) Out of all the Coles, Seward was likely the most instrumental in transforming Colegrove from dusty ranch into viable neighborhood – he was even the Cahuenga Valley’s official justice of the peace. He died on New Year’s Eve in his home on family property. Eleanor Avenue is named for his wife and/or daughter; see Cole Avenue for other streets named for Cole relatives. 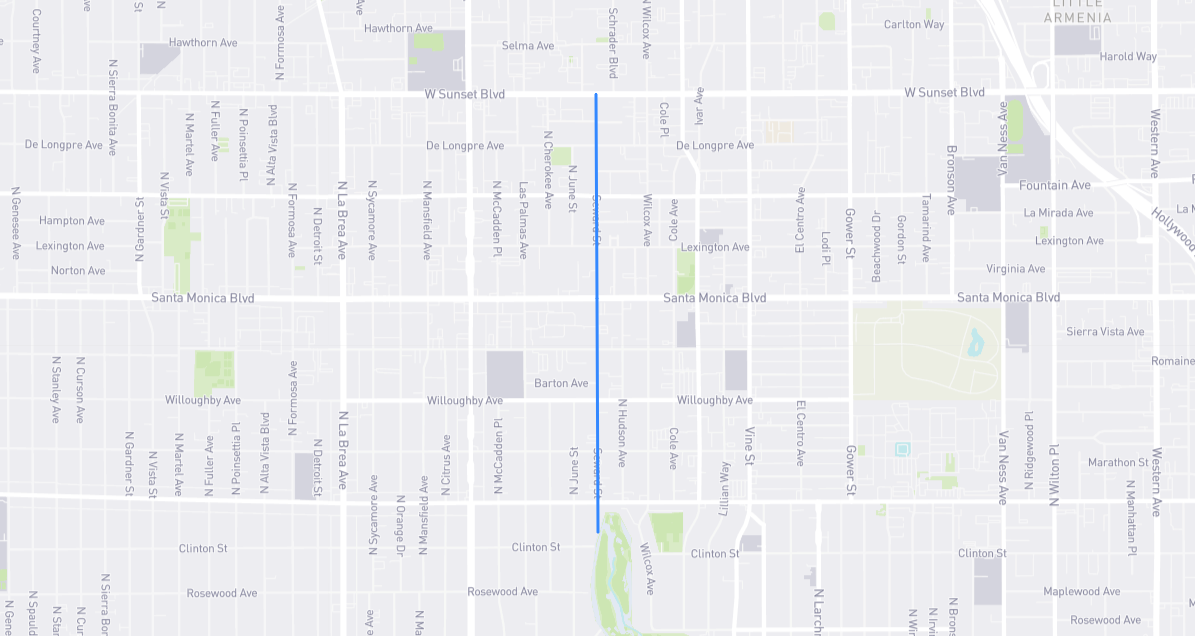