This 1924 street most likely honors Margaret Ethel Peck (1905-1991), as her fiancé George A. Bray co-owned the Mesmer City tract located here. Peck was born in Edmonton, Alberta, Canada as one of five siblings; her family came to the U.S. in 1920. (It’s possible that Bray named nearby Alberta Drive in honor of her home province.) She was just nineteen when she married Bray in December 1924, and it was a doomed union: see Bray Street for the sordid details. After their 1931 divorce, Margaret Bray remained in Hollywood for many years, working in a candy shop and raising her kids Bonnie and George Jr. Her parents and brother were living with her by 1940. At some point after 1950, she married a fellow named Dingman and moved to Long Beach. 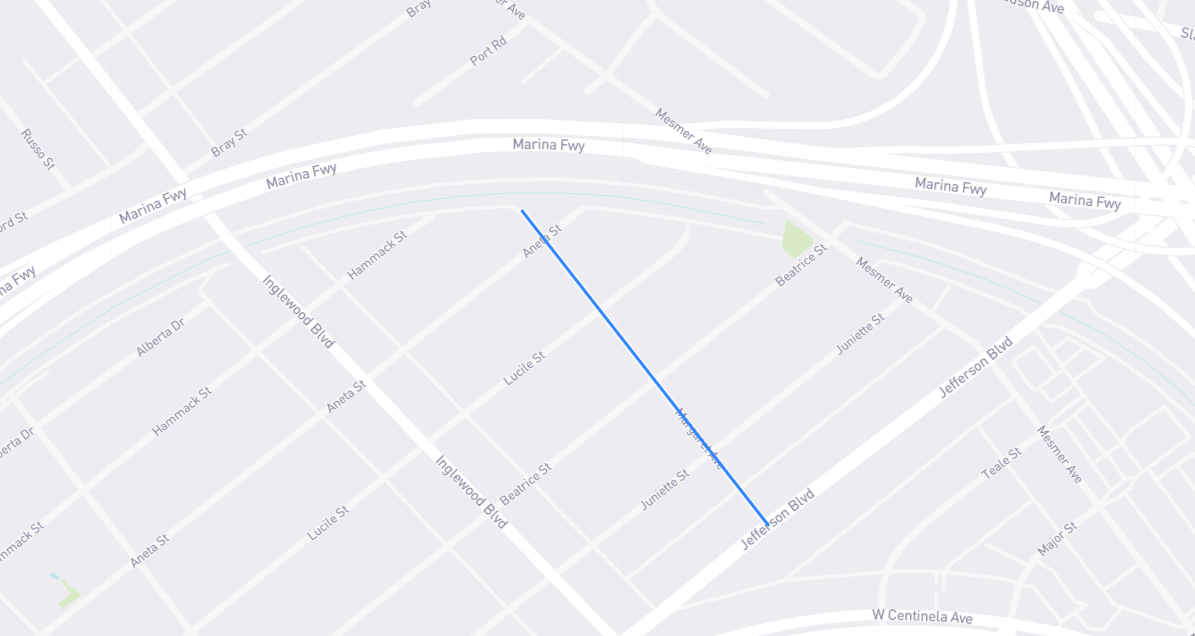