This street is a souvenir of the old town of Garvanza, founded by Ralph Rogers in 1885 and annexed by the City of Los Angeles in 1899. (Garvanza was one of five separate communities that combined as Greater Highland Park in 1922.) The name is indeed derived from the garbanzo bean, a.k.a. the chickpea, which supposedly grew wild in the area. An 1878 travel memoir by Austria’s Archduke Ludwig Salvator mentioned a “Cienega del Garvanzo” here; back then, the garbanzo bean was still a new concept to gringos, and so was its spelling. The street itself was known as Emerald Street until 1900. (Ruby Street still exists one block north.) It was Eagle Rock Avenue until around 1923. 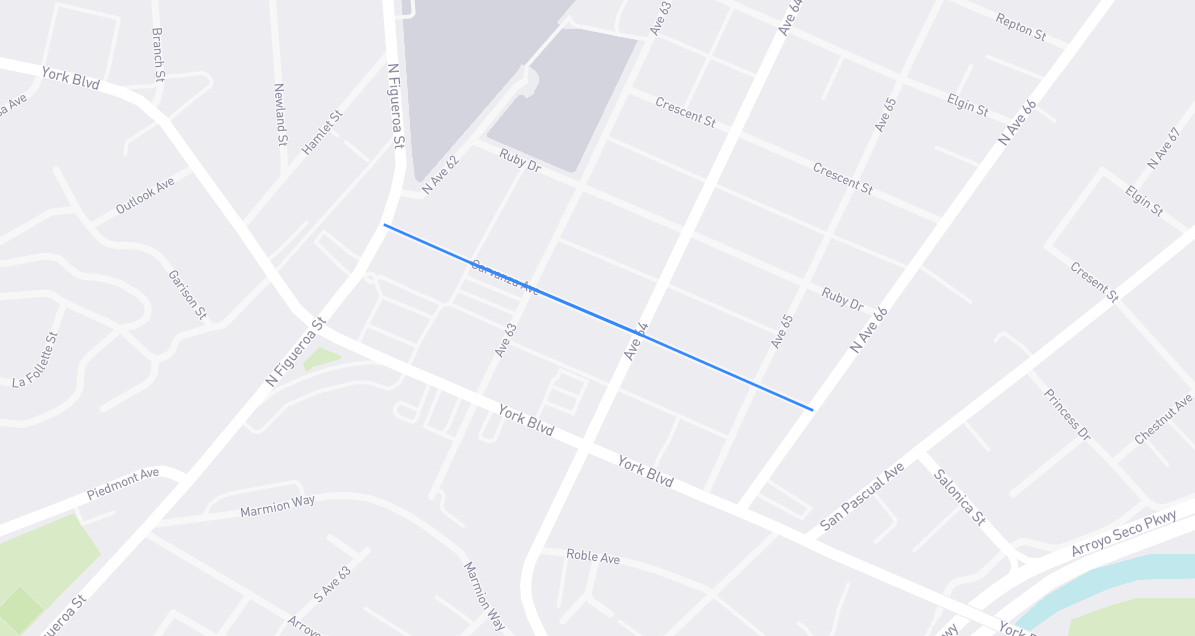