This street’s honoree is the delightfully-named Merridy Marjorie Crookshanks (1907-1989). Born Merridy Fuller in Blaine, WA, she and her family came to Los Angeles in 1916. In 1924, her father Percy set up the Fuller Poultry Colony between Zelzah and White Oak (see Fullerfarm Street) and named this street for his teenaged daughter. Merridy Fuller graduated from Hollywood High School and USC, married painting contractor Jack Crookshanks in 1933, and was employed for years as a social worker, as was her little sister Dorothy. (Their brother Jerry was a prop man on TV shows like Green Acres.) The Crookshankses and their four kids eventually settled in Woodland Hills. Jack passed away in 1959; Merridy apparently moved to Ventura after 1974, as that’s where she died. 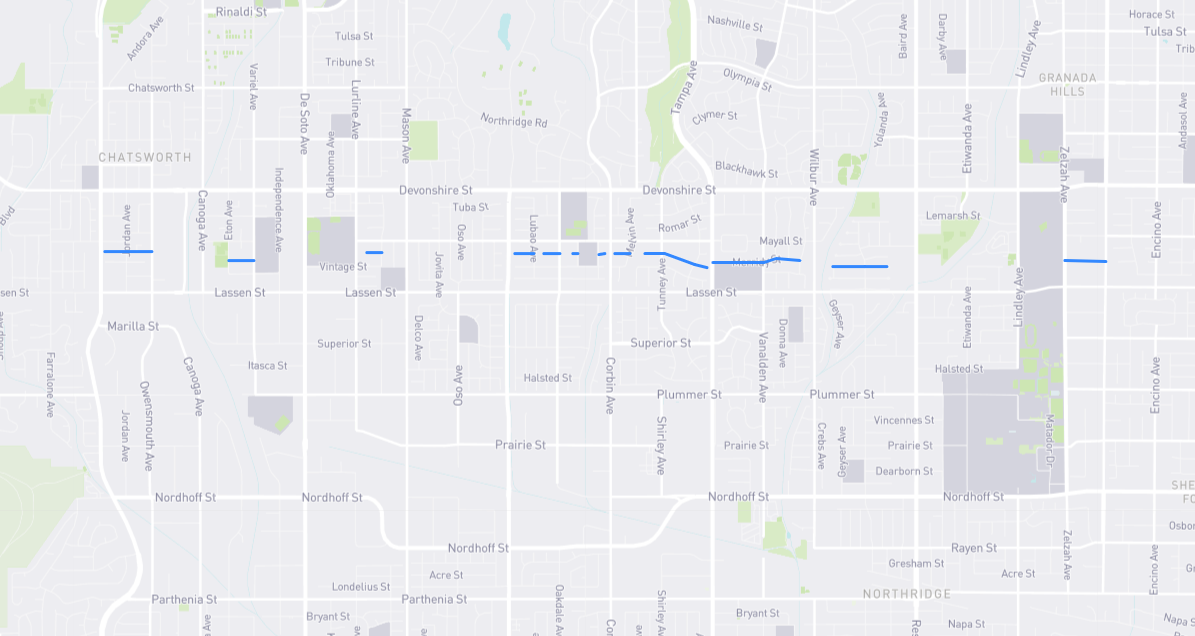