It’s one of the few biblical street names in Los Angeles, but no one can quite agree on what it means. Zelzah was in fact Northridge’s original moniker, from 1910 to 1929, when the town was mostly a rail depot. It was coined by Emily Vose Wright (1855-1917), wife of Francis Marion “Bud” Wright (1841-1937), who sold the 1,100 acre Hubbard & Wright ranch in 1909 for this development. A 1903 L.A. Times article referred to the Wrights’ property – either this ranch or their home in the city of San Fernando – as “Zelzah”, so Emily had used the name for a while. Yet zelzah appears only once in the Old Testament: a passage in the First Book of Samuel mentions meeting “two men by Rachel’s tomb at zelzah”. It’s been variously interpreted as a suburb of Jerusalem (possibly the town of Beit Jala), as an oasis (“shade from the heat”), and as the hour of high noon. Emily Wright was allegedly working off the “oasis” definition. 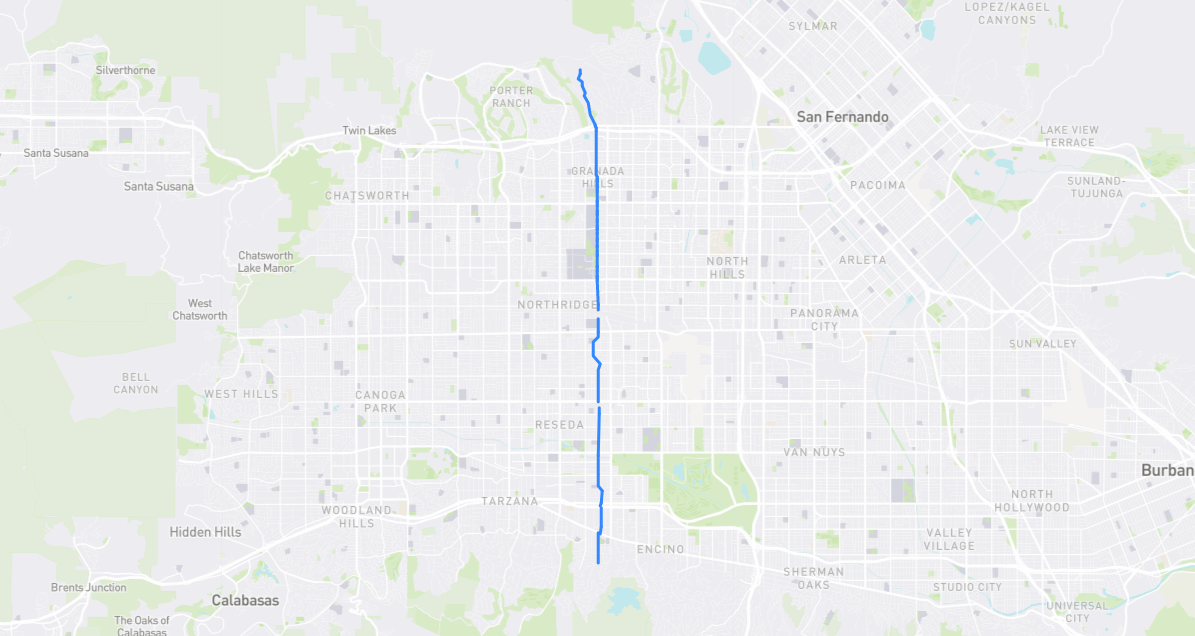