This little street was originally called Bartles Trail when it was laid out in 1921; Charles and Anna Bartles co-owned this tract with ten other people (see Marmont Lane) and lived around the corner on Sunset. For reasons unknown, it was renamed Monteel Road in 1926. What’s a “Monteel”? My guess is that some civil engineer took el monte – Spanish for “the mountain” – and transposed its two parts. 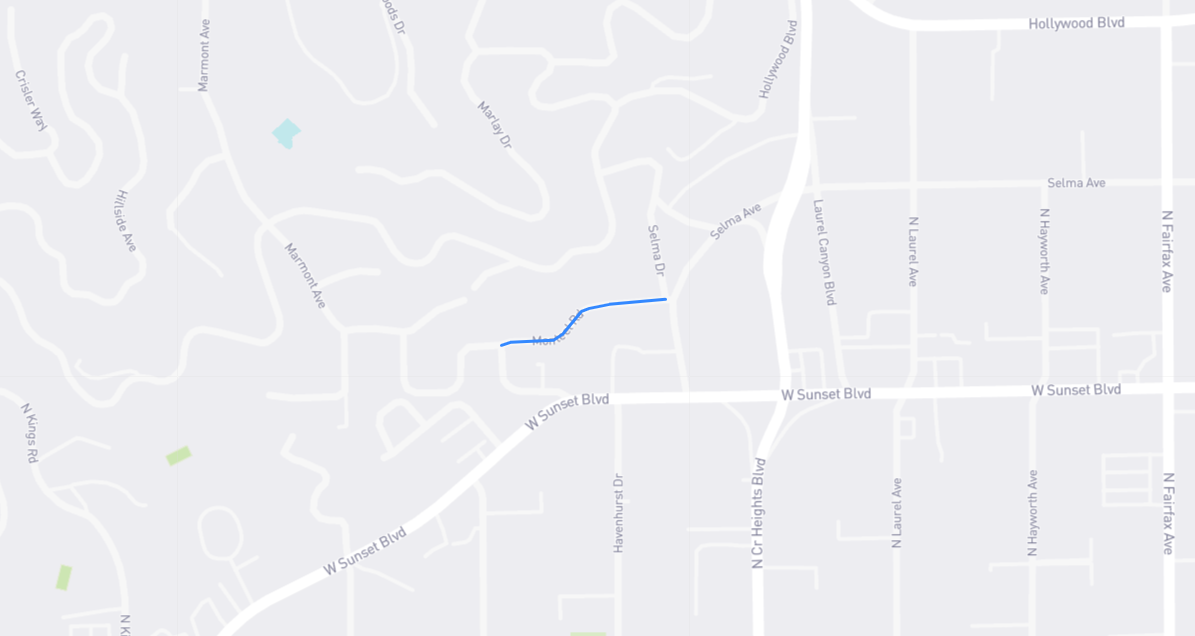