If you only know Kings Road south of Fountain, you may not realize that it continues into the hills north of Sunset – where there’s a Queens Road due west. Coincidence? Nope: both were laid out on the Hacienda Park tract in 1906. The land had been owned by Jacob and Dorothea Miller and by Alfred and Annie Rush, but the tract itself was the brainchild of real estate agent Charles A. Sumner – and it’s quite likely that he, a native Londoner, named these two streets. King’s Road is a famous thoroughfare in London, and while there is no prominent Queen’s Road in that fair city, it’s logical to conclude that Sumner was looking to his hometown for inspiration. 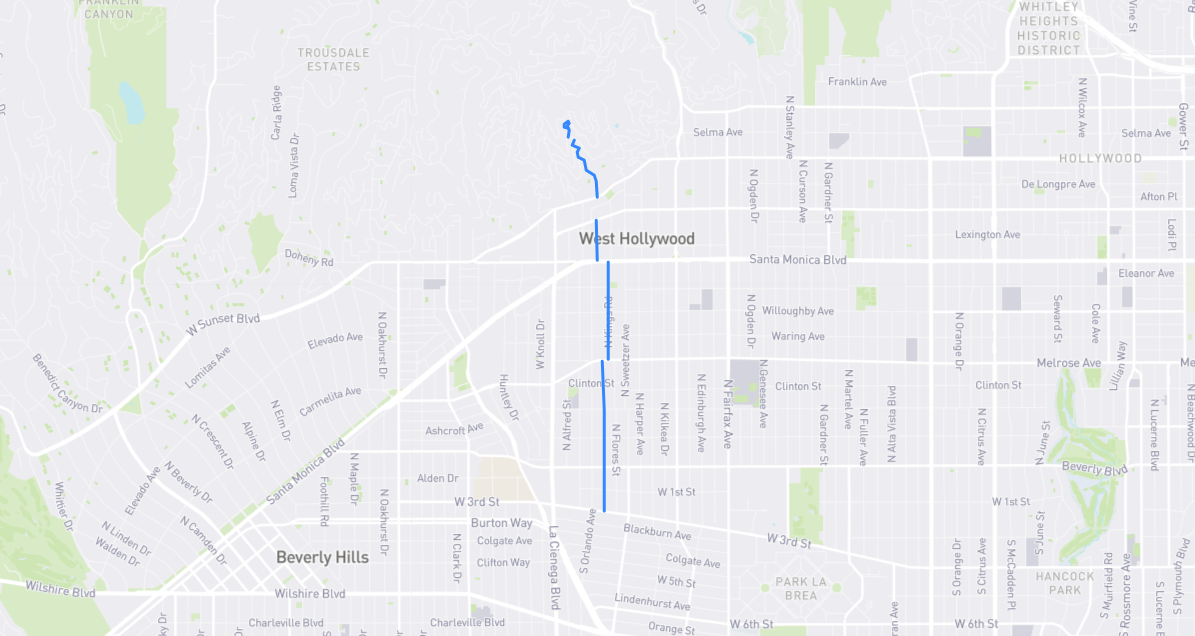