This little street, named in 1907 on the Victoria Park tract, honors Dr. Hubert Nadeau (c. 1838-1926), who had owned a vineyard west of here. Apparently no relation to local bigwig Remi Nadeau – see Nadeau Street for more on him – Louis Hubert Nadeau was born in Marieville, Quebec and obtained his M.D. at the College of Physicians and Surgeons in Montreal in 1862. After practicing in Canada for four years and in Chicago for another ten, he settled in Los Angeles in 1876. Here he would serve as county coroner, professor of clinical pediatrics at USC, and physician-in-chief at the French Hospital. A wealthy, eccentric man who never married, Dr. Nadeau added a clause to his will that any woman who claimed to be his widow should receive no more than $1. 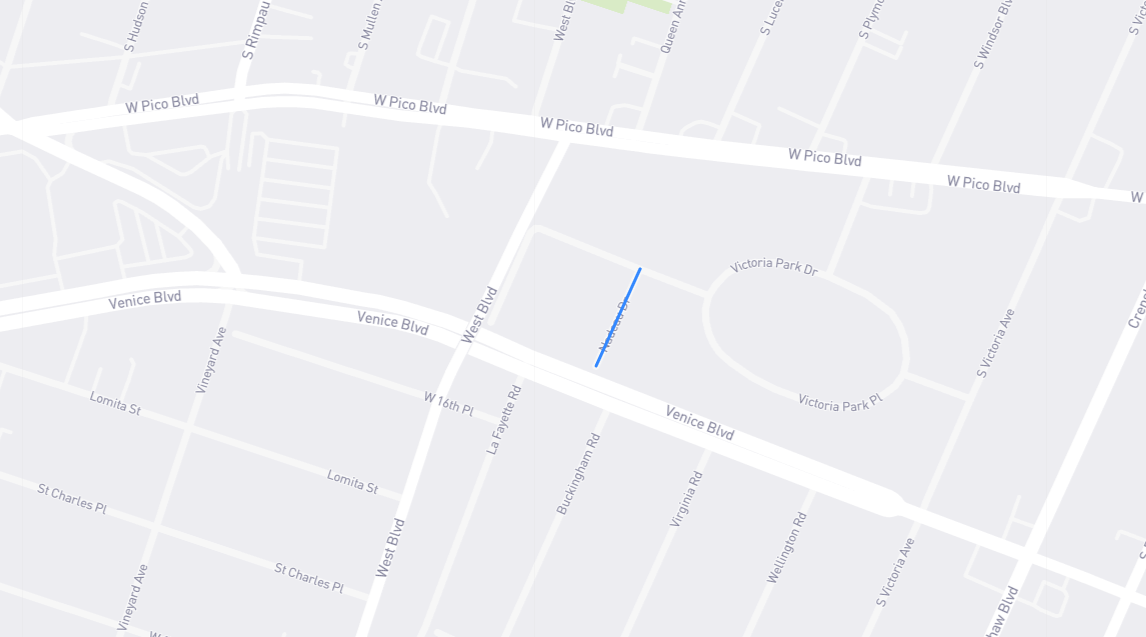