Odessa Avenue was named in 1923 as part of the West Van Nuys tract (see Valjean Avenue), and that’s all I know. (The street’s initial stretch now lies buried beneath Van Nuys Airport.) None of the tract’s owners or investors had known ties to Odessa, Ukraine or Odessa, Texas, and although Odessa was not an uncommon first name for women at that time, I found no Odessas amongst these men’s relatives. Some of the men did hail from Iowa, where there is a Lake Odessa, but none of them grew up in its vicinity. This might just be one of those cases where someone simply liked the name. 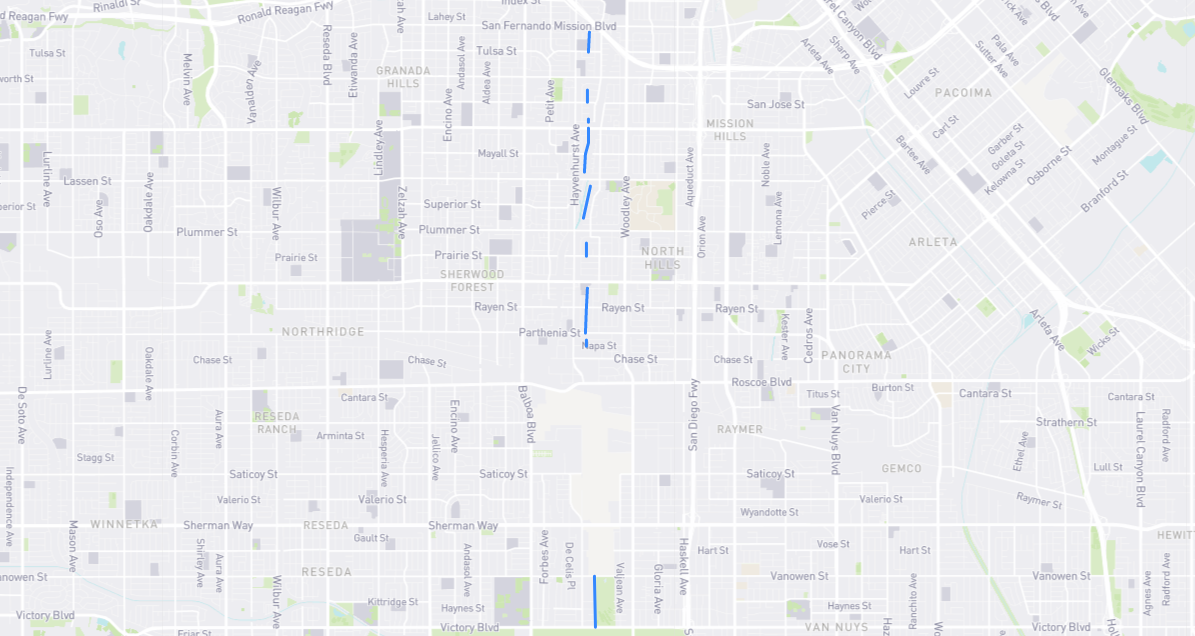