Horatio Sutton “H.S.” Parcels (1830-1891) was an investor in the group that founded Pomona in 1875. Although born in Kentucky, Parcels spent most of his life in Kirksville, MO. He got his first taste of California when he and his brother came out for the 1849 Gold Rush, but they soon gave up and returned to the Show-Me State. Smart move: Parcels wound up making it big in real estate speculation. The now-wealthy Missourian moved his family to Los Angeles in 1870 and once again plied his trade. An active Mason and Knight Templar, Parcels also had a flair for government work: he was elected city tax collector in 1882 and served for three years. After campaigning unsuccessfully for county clerk and sheriff, Parcels sued the City of L.A., insisting they owed him $5,000 in back pay. He lost that battle too. Nearby Park Avenue was originally called Ellen Street; some say it honored Parcels’s wife Sarah Ellen, but I’m iffy on that. 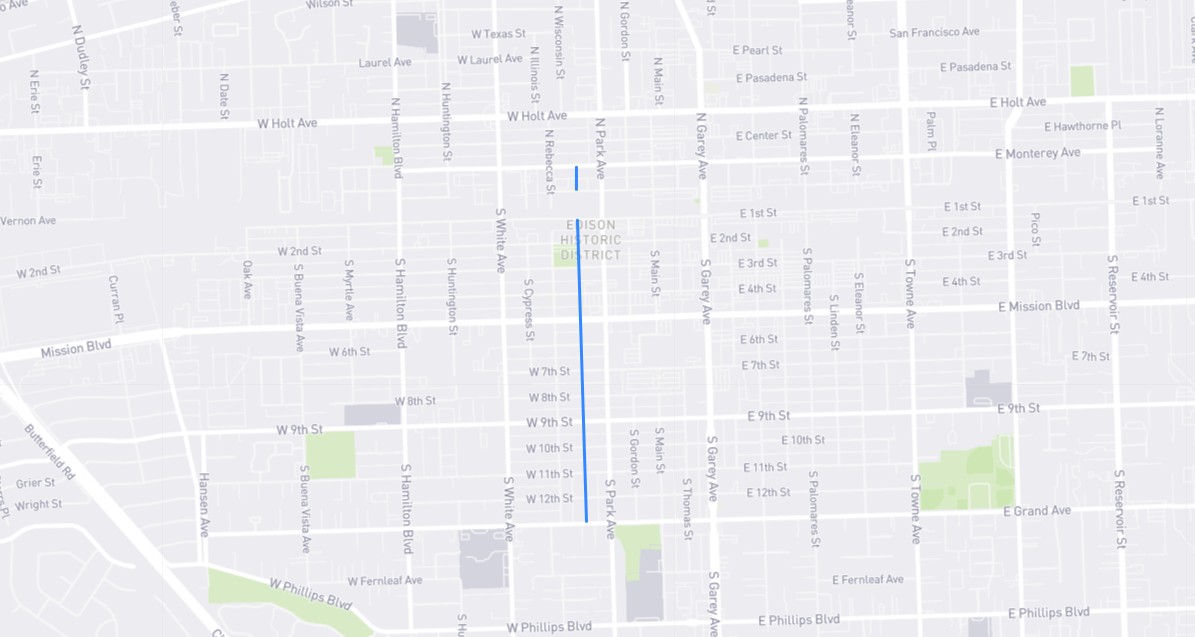