Milton Thomas (1831-1894) was a nurseryman who in 1874 cofounded the Los Angeles Immigration and Land Co-operative Association, which wasn’t really about immigration but was definitely about land: buying it, then building upon it. In 1875, this syndicate set up the towns of Pomona (hence Thomas Street) and Artesia. The Ohio-born Thomas moved to Des Moines in the 1840s, where he married Elizabeth Ellen Archer (1834-1926) in 1853. They wagoned out to Stockton, CA in the 1860s and settled in Los Angeles by 1870. Here Thomas would grow and sell hundreds of acres of citrus and walnut – both the trees and the land. The Thomases, who lived on Jefferson near Main in L.A., had two daughters: Mary, a teacher, died two years before her father, at the tender age of 33; Laura died in 1912. Elizabeth, who outlived them all, was the original namesake of Pomona’s Main Street. 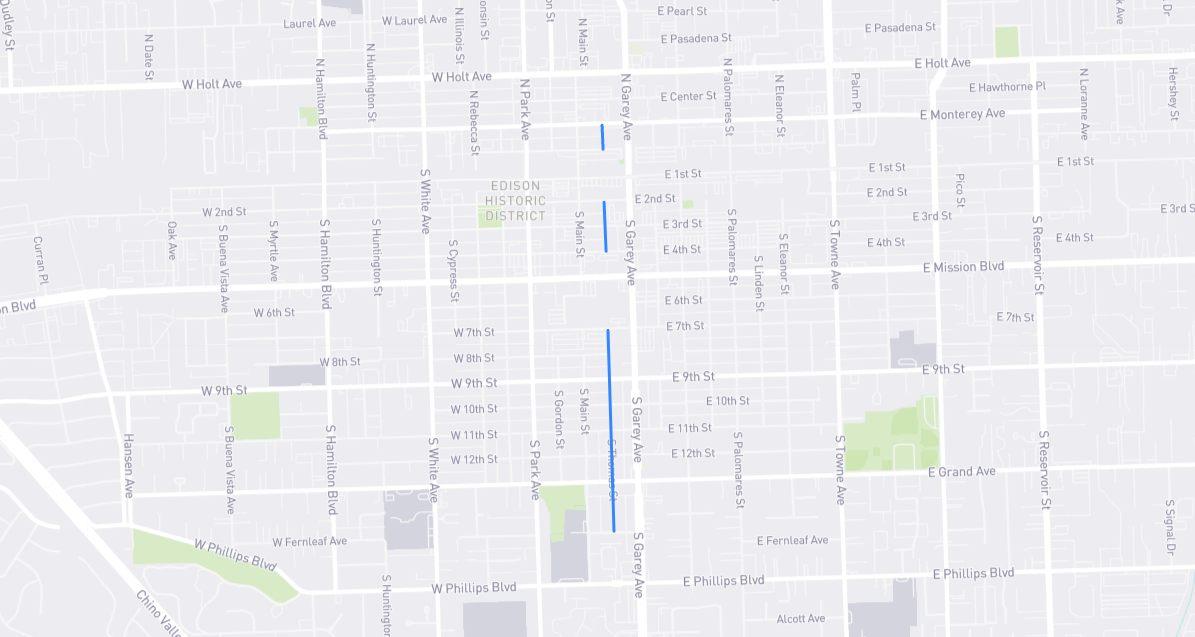