Park Avenue started out as Ellen Street in the late 1870s; it took its current name in 1907, a result of the Pomona Board of Trade’s bid to rid the city of its feminine street names (see Main Street). Since those names mostly honored the wives of Pomona’s founders, it’s thought that Ellen Street was for Sarah Ellen Parcels (1834-1880), whose husband Horatio gave his name to Parcels Street. But what little documentation there is suggests that Mrs. Parcels went by her first name – so why not Sarah Street? Adding to the mystery, there’s a rumor that an Ellen Parcels is buried with Horatio Parcels in an unmarked Los Angeles grave, and that she was born in 1879 and died in 1892. All I know for sure is that Sarah Ellen Thomas was born in Ohio, married Parcels in 1856, and had at least three sons with him – and that there was no park on Park Avenue in 1907. 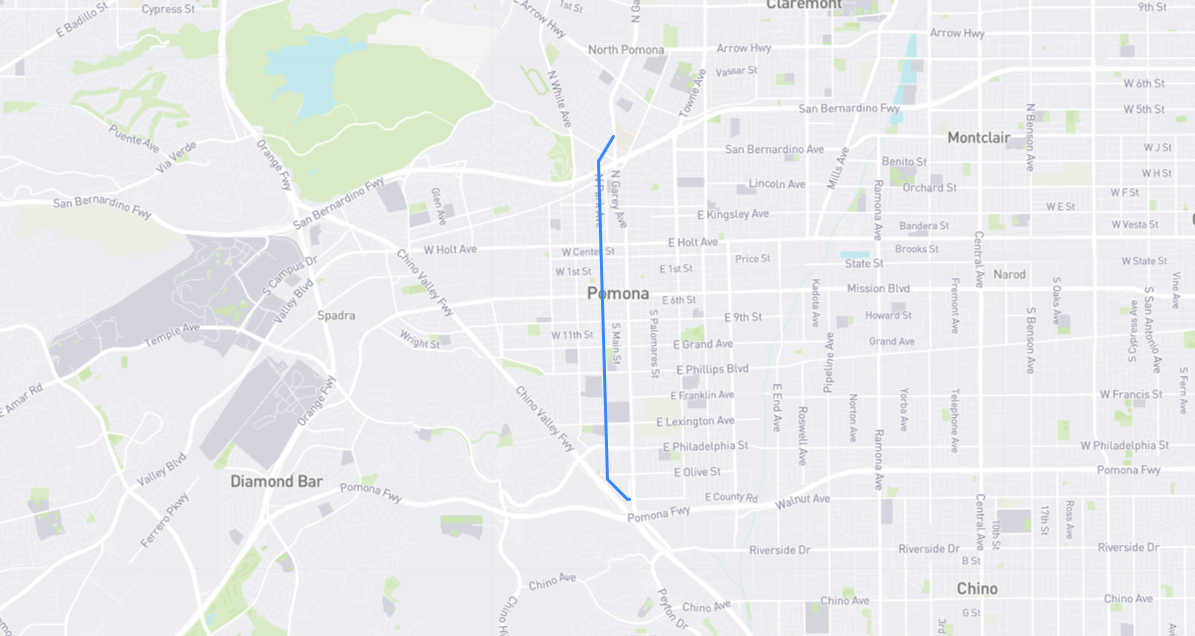