The city of Whittier is the brainchild of Aquila Hurford “A.H.” Pickering (1820-1899), who named this street for himself in 1887. Born in a Quaker (a.k.a. Friends) settlement in Short Creek, OH, Pickering moved to Salem, IA in 1841. There he worked as a merchant, married his first wife Ruth, and had six children. The family relocated to Chicago in 1863 and Pickering became a big man in town – not least because of his 6’6″ height. A successful corn dealer, he soon joined the Chicago Board of Trade and was even elected alderman. Tragedy struck in 1878 when Ruth Pickering died while the couple was sailing to Liverpool; A.H. married second wife Hannah two years later. After spending a couple of winters in SoCal, Pickering sought to establish a Quaker colony here. In spring 1887, he and partners Jonathan Bailey, Hervey Lindley, John H. Painter, and Elwood Newlin, operating as the Pickering Land and Water Company, purchased the 1,259 acre John M. Thomas ranch and rechristened it Whittier in honor of a Quaker poet. Pickering lived here for only a year or two, then returned to Chicago. At 78, while heading to a family vacation in Maine, he was killed by a train in Swampscott, MA. 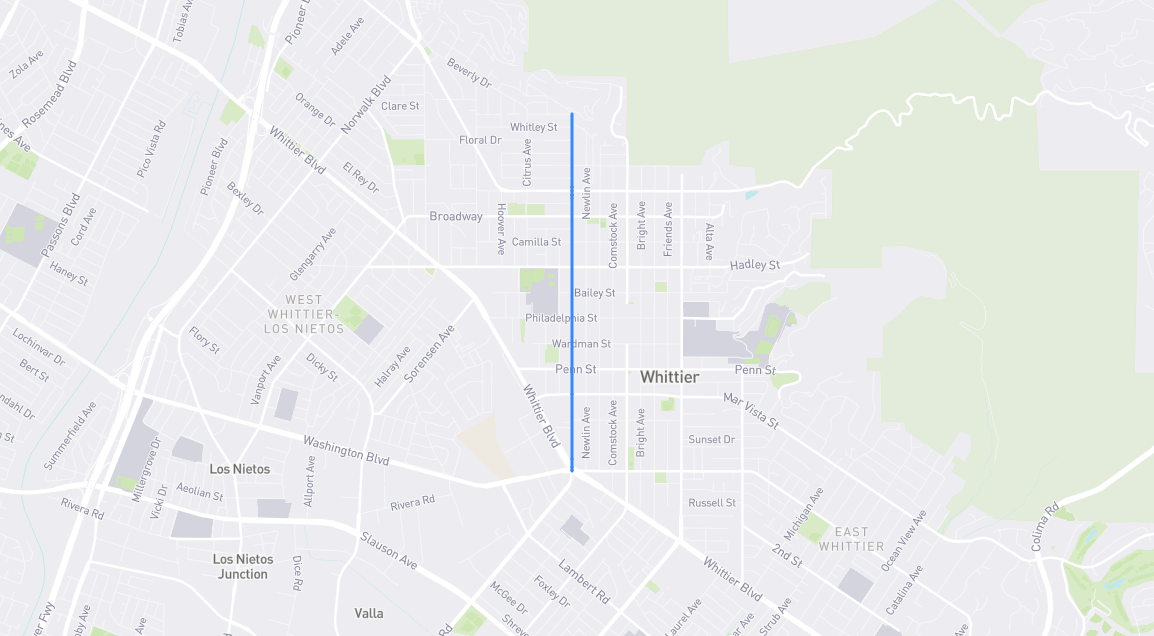