Raymer was the name of a train station built here in 1898 (supposedly; the earliest reference I found was in 1907). Then in 1913 there came the Raymer tract. Raymer Street itself was named in 1917. So who was this Raymer? No one knows. The most prominent Angeleno by that name was Amos Raymer (1853-1928), an insurance man who speculated in real estate and mining. Those qualifications would make him a no-brainer namesake in those days, yet he had no apparent connections to the Valley or to the railroad. A distant second would be George Raymer of the Chicago, Burlington & Quincy Railroad, but only because the tiny Colorado town of Raymer was named for him in 1888. He may have never come to California – his railroad didn’t – so he’s a stretch. Yet no other Raymer comes close. Showbiz trivia: Talk show host Conan O’Brien unsuccessfully lobbied to get a portion of Raymer Street named for him in 2011. I don’t think he was very serious about it. 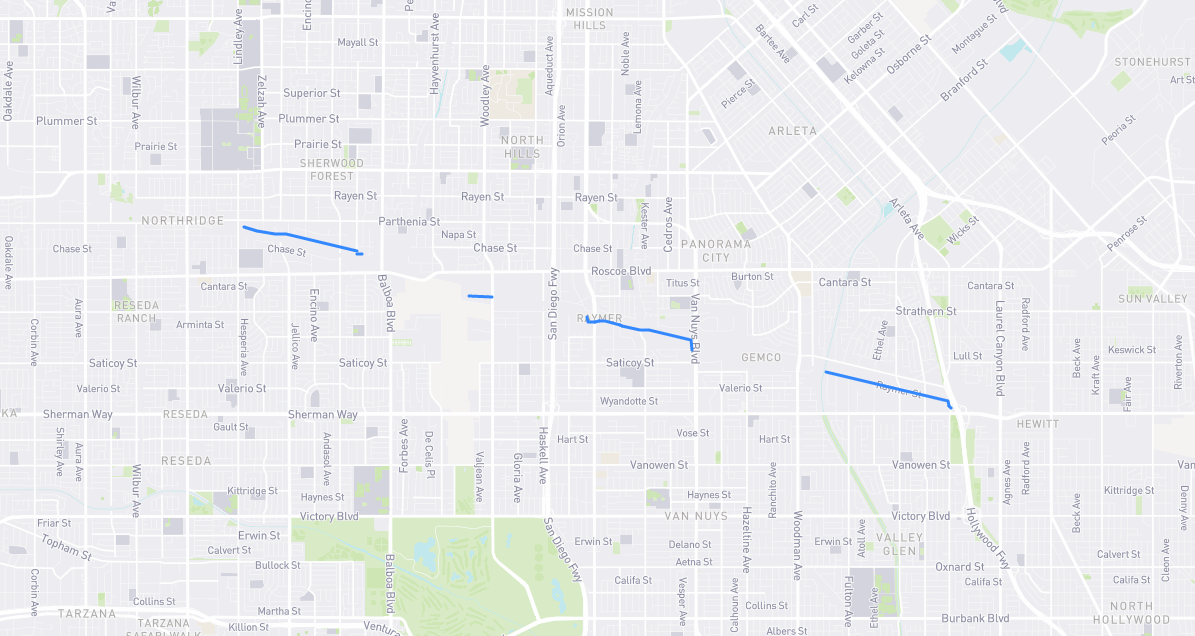