Boston-born hotelier Walter Raymond (1851-1934) arrived in L.A. in 1883 with the express intent of establishing the Raymond Hotel, a luxury resort, in South Pasadena. It took him three years – Raymond Avenue was named during that time – but Raymond finally opened his hotel in 1886, thus transforming rural boondocks into holiday destination. (Bacon Hill, upon which the hotel was constructed, was soon rechristened Raymond Hill.) On Easter Sunday, 1895, an ember from one of its eighty chimneys burned the Raymond down, but Walter had it rebuilt by 1901, even bigger and better. Years later, the Raymond was knocked out by the one-two punch of the popular Huntington Hotel and the less-popular Great Depression; it was demolished in 1934 to make room for apartment buildings. Walter Raymond, weakened by a stroke, died in his cottage on the Raymond’s grounds while his majestic hotel was being torn down around him. 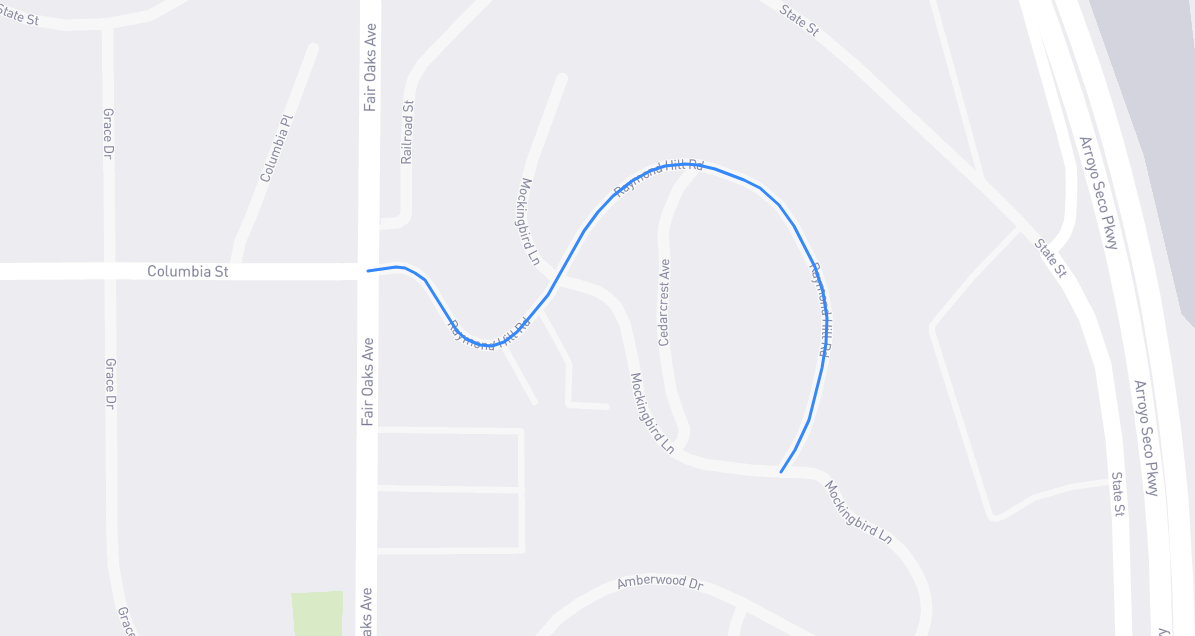