Named for Albert C. Robbins (1867-1947), who with Perry H. Greer operated the Greer-Robbins car dealership – first in DTLA, then in Beverly Hills – from 1904 (the year he came to SoCal from Indiana) until his death. He was also treasurer of the Los Angeles Speedway Association, which ran the Beverly Hills Speedway on this site from 1920 until 1924. (Streets here were named for Speedway executives before the track was torn down. See Durant Drive for more.) Greer-Robbins sold short-lived car brands like Mitchell, Chalmers, and Hupmobile before becoming a Chrysler dealership from the late 1920s onward. In 1925, Robbins, along with his wife and daughter, took a working vacation through Egypt, Italy, Germany, France, and England – all in his own car, which he’d shipped over for the journey. 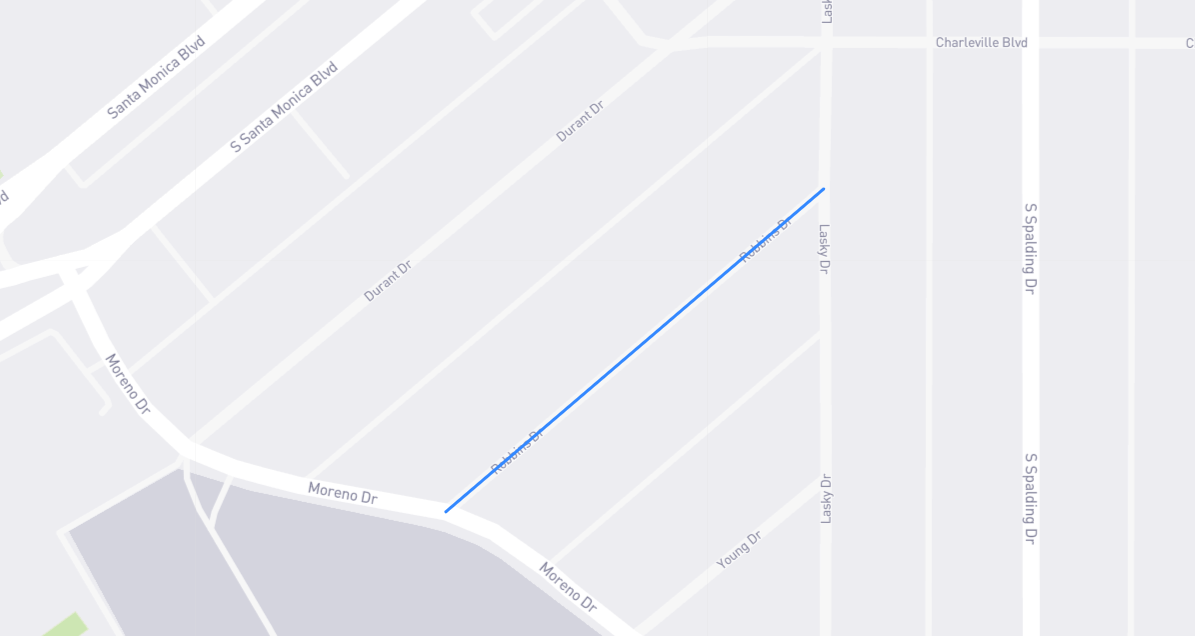