Named for Edward Laurence Doheny (1856-1935), a Wisconsin-born miner who came to Los Angeles in late 1891 to join his friend Charles Canfield on various gold mining ventures outside town. They never struck gold, but within a year they struck black gold – just outside of Echo Park. As the first men to discover oil within L.A. city limits, they sparked the Southland’s oil bonanza. Soon becoming a millionaire, Doheny and his second wife Carrie (1875-1958) moved into a mansion on Chester Place in 1901… but we’re here to talk about Doheny Drive. In 1913, the Dohenys purchased 429 acres of undeveloped Beverly Hills property and converted it into a luxurious “ranch”. It was accessed by a dirt road called Clearwater Canyon – which was renamed Doheny Drive in 1915. Doheny would later build the nearby Greystone Mansion for his son Ned (see Doheny Road). Ned’s murder, along with the fallout from the Teapot Dome bribery scandal, darkened the elder Doheny’s final years. Ned’s widow would ultimately sell most of the family’s Beverly Hills property to Paul Trousdale in 1955. 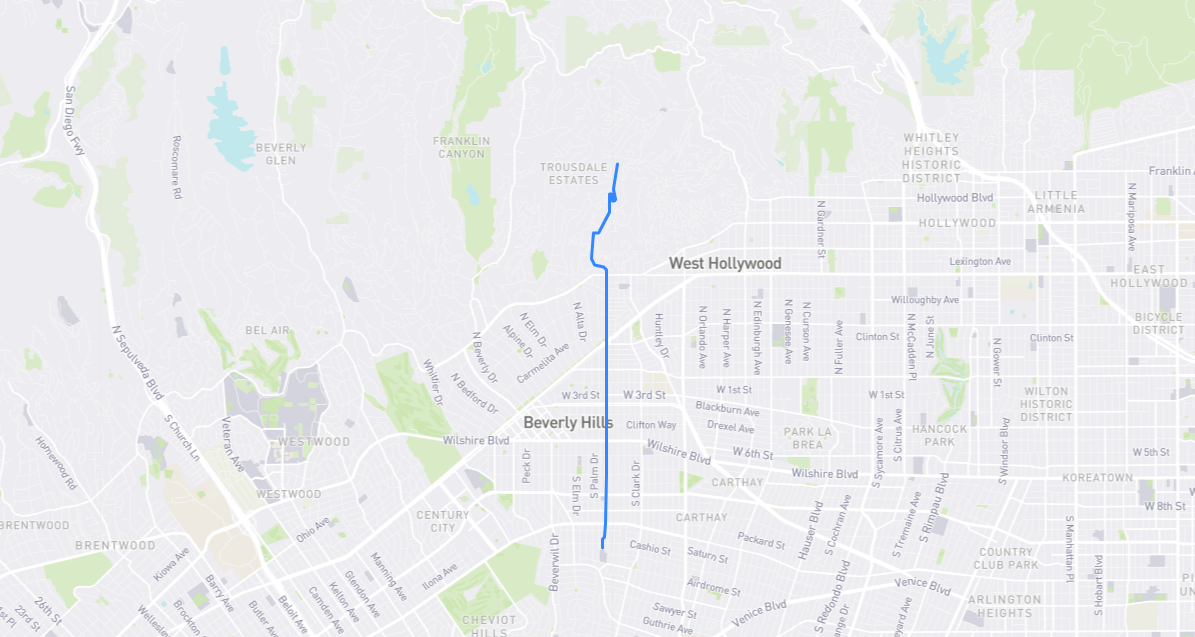