Named for Burton Edmond Green (1868-1965), founder of Beverly Hills. Born in Wisconsin, Green was 16 when he moved to Los Angeles with his parents. After a stint growing oranges, he got into oil drilling, which made him fabulously rich. In January 1906, he and a group of investors including Max Whittier, Charles Canfield, and the ubiquitous Henry Huntington purchased the former Rancho Rodeo de las Aguas from the heirs of Hammel and Denker. The group called themselves the Amalgamated Oil Company. They didn’t find much oil, but they did find water, so they rebranded themselves the Rodeo Land and Water Company. Real estate agent Percy Clark then planted the idea in Green’s head to convert the rancho into an upscale residential community. Thus was born Beverly Hills, incorporated in 1914. (Why “Beverly”? See Beverly Drive.) That same year, Green moved into his own BH mansion on Lexington Road, where he stayed until the end of his very long life. South (a.k.a. “Little”) Santa Monica Boulevard through BH was named Burton Way until 1925. 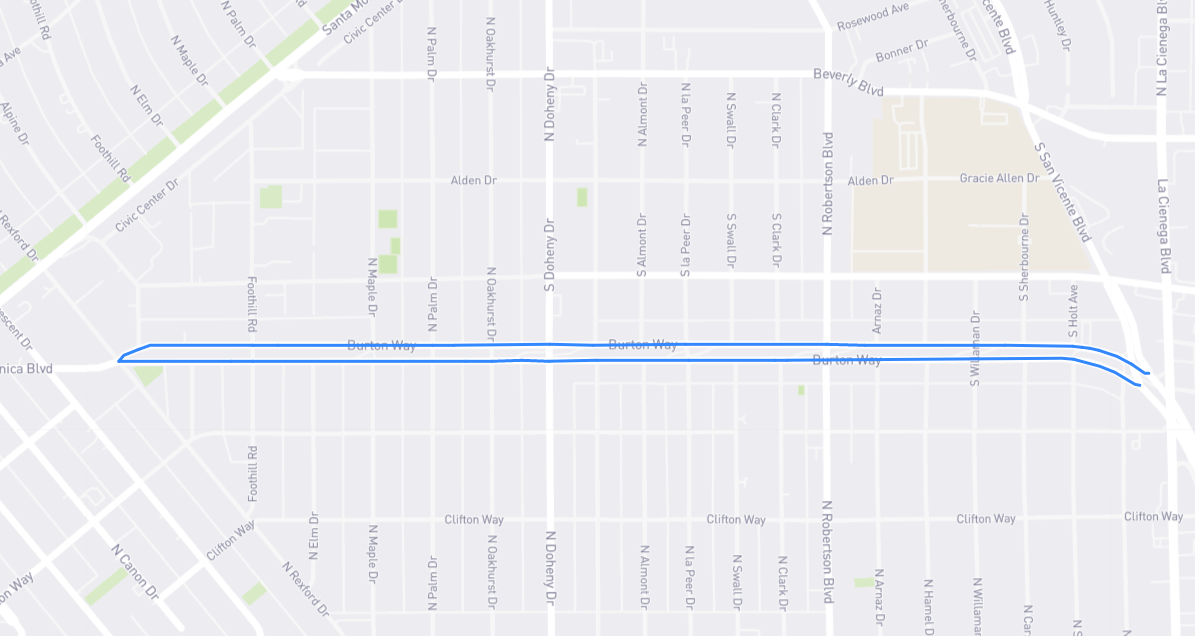