It’s hard to imagine, but just south of the Wilshire/Santa Monica intersection there was once a 1.25 mile long automobile racetrack – and it was paved with wood. This was the Beverly Hills Speedway, sometimes called the Los Angeles Speedway, and its president was Michigan-born racing champ Russell “Cliff” Durant (1890-1937). Cars were literally Durant’s life, since his father William Crapo “Billy” Durant founded General Motors in 1908. The Speedway opened in early 1920 and was shut down just four years later, owing to the demand for homes in the area. Durant and the other L.A. Speedway Association directors had to build a new track in the boonies – Culver City – but were consoled with namesake streets on the site of the old track. (See Lasky, Moreno, Peck, Robbins, Spalding, and Young drives; there was also a Speedway Drive, now called El Camino.) In fact the streets were laid out on paper and named before the racetrack was even closed! Anyway, after years of life in the fast lane, Cliff Durant succumbed to a heart attack in his Crescent Heights apartment at 46. 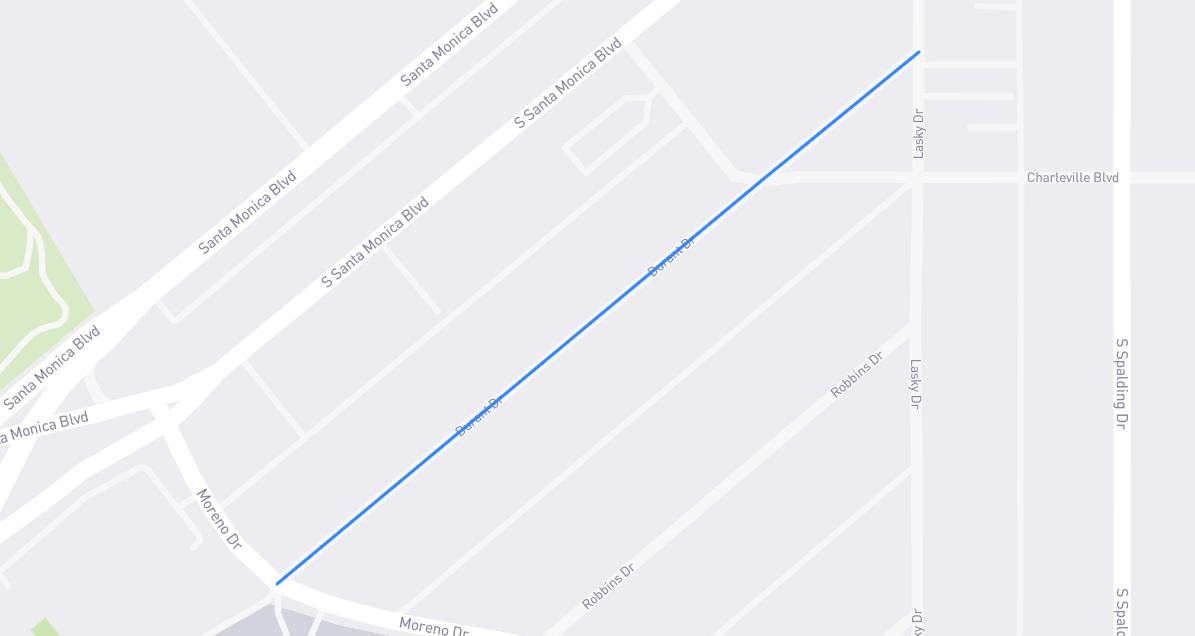