San Dimas is the Spanish variant of Saint Dismas, the penitent thief who was crucified next to Jesus. The old story goes that the name came to this region when Ygnacio Palomares, who owned this land in the mid 19th century, was besieged by thieves – penitent or not – who either stole or left his livestock in a nearby canyon. He thus dubbed the canyon “San Dimas” as a Catholic joke. True? There’s no documentation from the time, so I can’t say. What I can say is that while the canyon was named by 1871 (and presumably years earlier), the city of San Dimas started out around 1866 as the humble village of Mud Springs, so-named for a nearby ciénega. It was reestablished in 1887 as San Dimas, as was this avenue. The town was founded by the San Jose Ranch Company, run by Moses L. Wicks and Howard W. Mills. 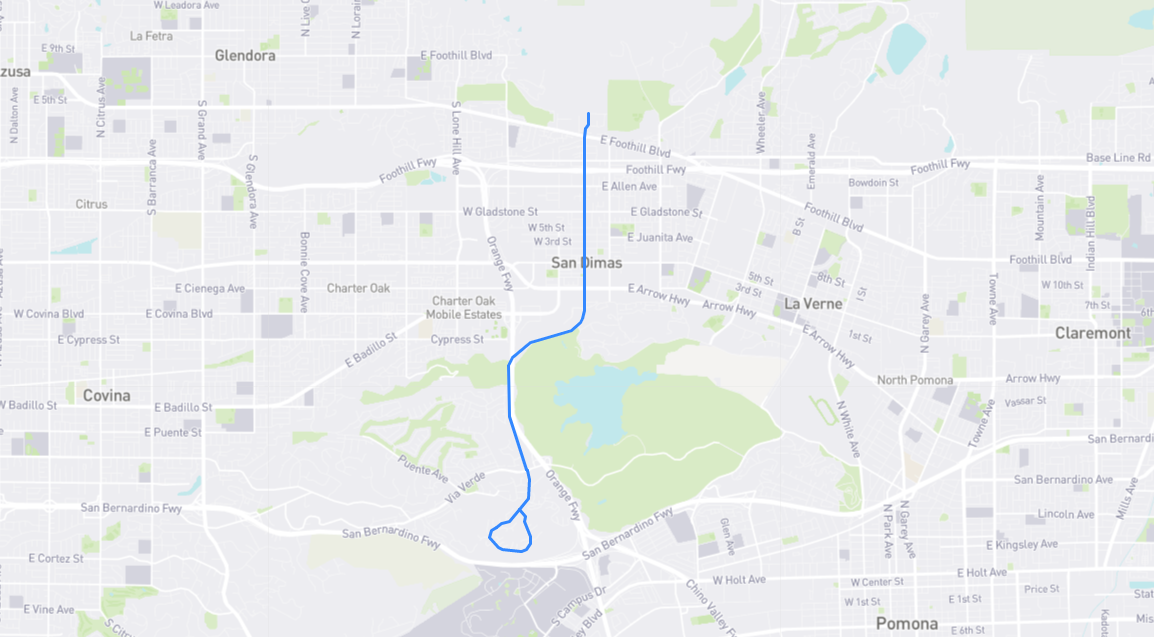