Here in Wilmington you will find C Street, D Street, E Street, and so on. Yet Sandison Street lies where P Street ought to be. I can’t imagine why someone wouldn’t want to live on “Pee Street”, can you? Indeed, in 1931, embarrassed residents petitioned for a name change; the following year, the road was renamed for Edwin Wallace Sandison Jr. (1880-1969), a well-known real estate and insurance man. Born in Nebraska, Sandison came to L.A. with his family in 1894. His father, a veteran town builder, snapped up vast amounts of Wilmington beginning in 1905; Junior moved down here to subdivide his father’s property and never left. He was eulogized as “Wilmington’s No. 1 citizen” because for years his phone number was simply Wilmington 1. Postscript: As if P Street weren’t bad enough, Sandison Street was once named Lusitania Street, in honor of the ocean liner. It was changed to P Street after the Lusitania was destroyed by a German U-boat in 1915. See Mauretania Street for more. 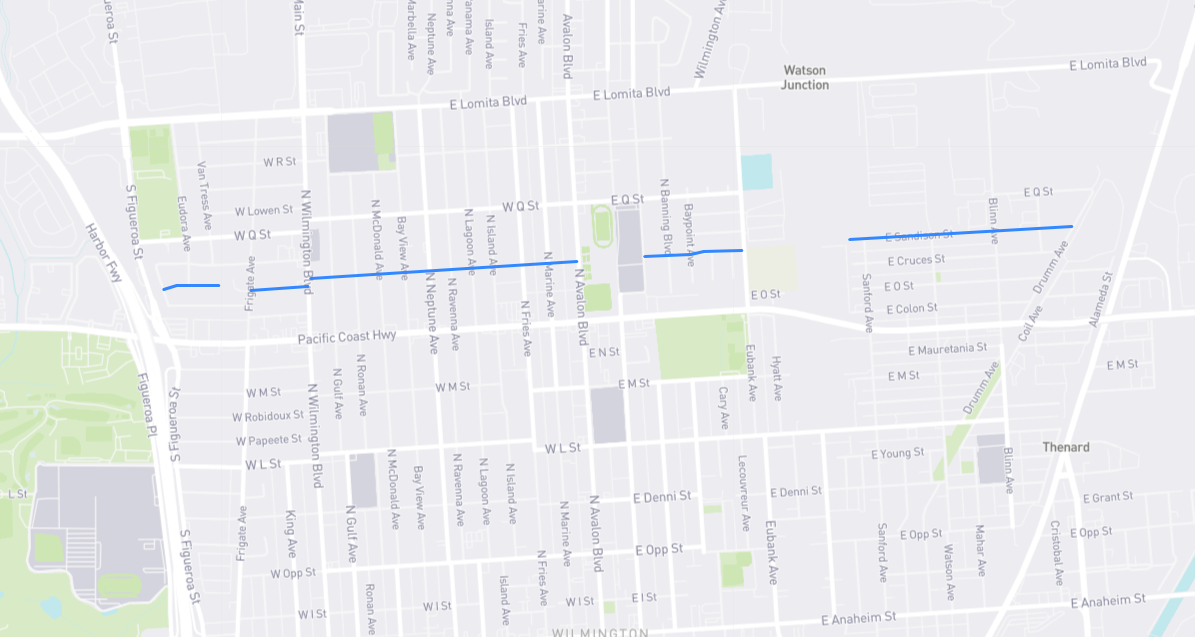