The original Altadena tract, laid out in 1887, included eleven north-south “Santa” avenues. Santa Anita and neighboring Santa Rosa are the only two that have kept their birth names. It’s unknown if the tract owners (including the Woodbury brothers) thought they were borrowing the Spanish names of female Catholic saints or the names of old California ranchos, because a couple of them never existed as either. If you’re interested, the “lost Santa avenues” were Santa Barbara, Santa Clara, Santa Helena, Santa Inez, Santa Isabela, Santa Margarita, Santa Maria, Santa Martita, and Santa Paula. “Santa Martita” was either pure nonsense or a mangling of Santa Marta; Santa Ynez and Santa Isabel were misspelled. 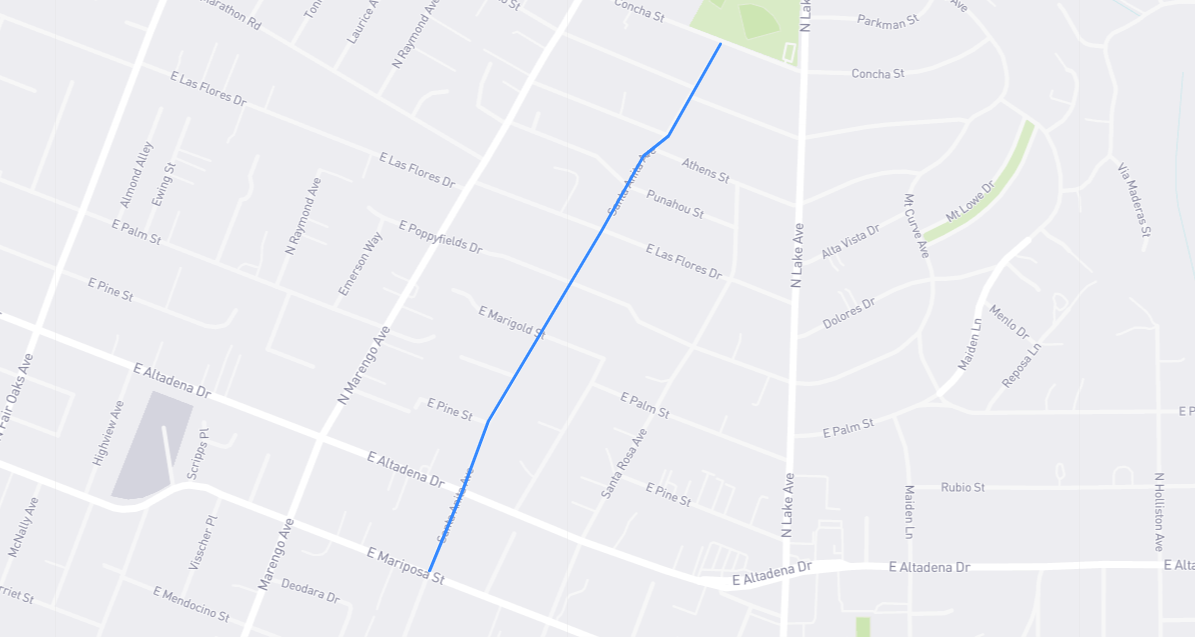