This is one of only two “Santa” streets in the 1887 Altadena tract to keep its original name – Santa Anita Avenue is the other – although perhaps it should be renamed Santa Claus Avenue, owing to its annual getup as “Christmas Tree Lane”, an Altadena tradition since 1920. The street’s Deodar Cedars, festooned with lights each winter, were first planted in 1885 by Altadena cofounders Fred and John Woodbury. At the time, Altadena was still the Woodbury ranch and Santa Rosa Avenue was meant to be the driveway to John’s never-built house. Or so people say. The oft-repeated tale of John bringing cedar seeds here from Italy is surely bogus, especially as an 1880 news article mentions horticulturalist Jeanne C. Carr (1825-1903), one of early Pasadena’s most famous residents, already growing the Deodar on her estate. My bet is that the Woodburys got their seeds from her. 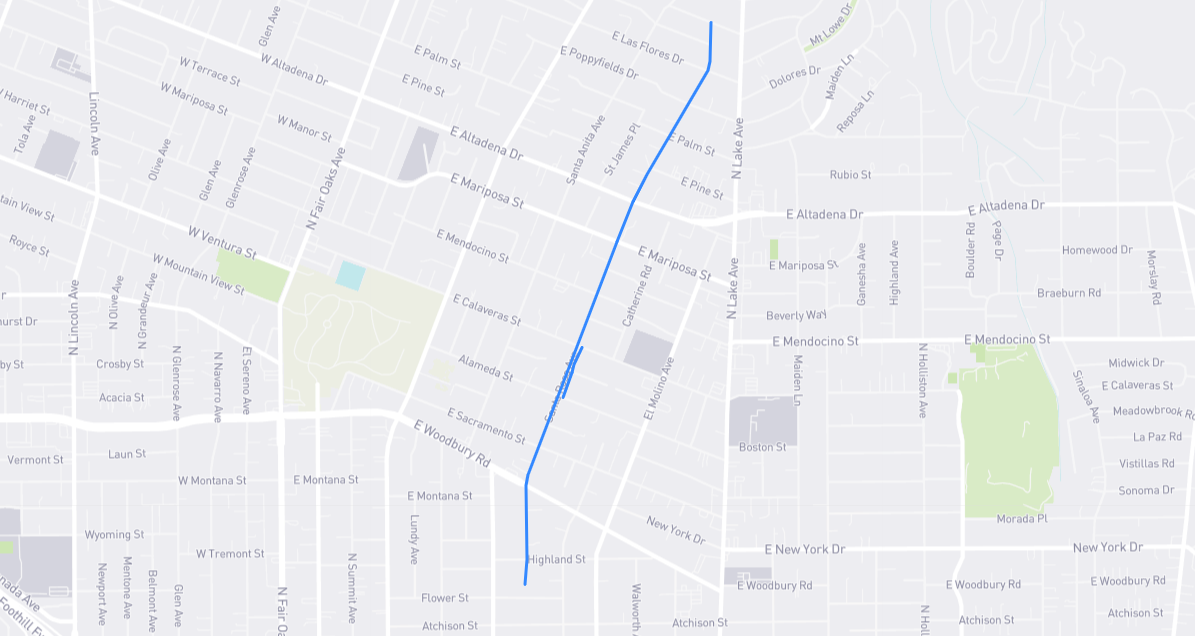