The Woodbury family, the founders of Altadena, came here from Marshalltown, Iowa in 1879-1880 and set up a huge ranch bounded by present-day Woodbury Road, Lake Avenue, Altadena Drive, and the Arroyo Seco. (Historians pinpoint their holdings at 937 acres, but an 1880 news article claimed they purchased 1,150 acres total.) The clan was headed by brothers Frederick James (1833-1909) and John Paterson Woodbury (1837-1909) – they would die three months apart, Fred here and John back in Marshalltown – who brought their mother, wives, and children with them. Circa 1885, the brothers planted two rows of Deodar Cedars along their ranch driveway, which later became Santa Rosa Avenue and the basis of Altadena’s annual Christmas Tree Lane tradition. The Woodburys subdivided their land as the Altadena tract in 1887; Woodbury Road was named then. 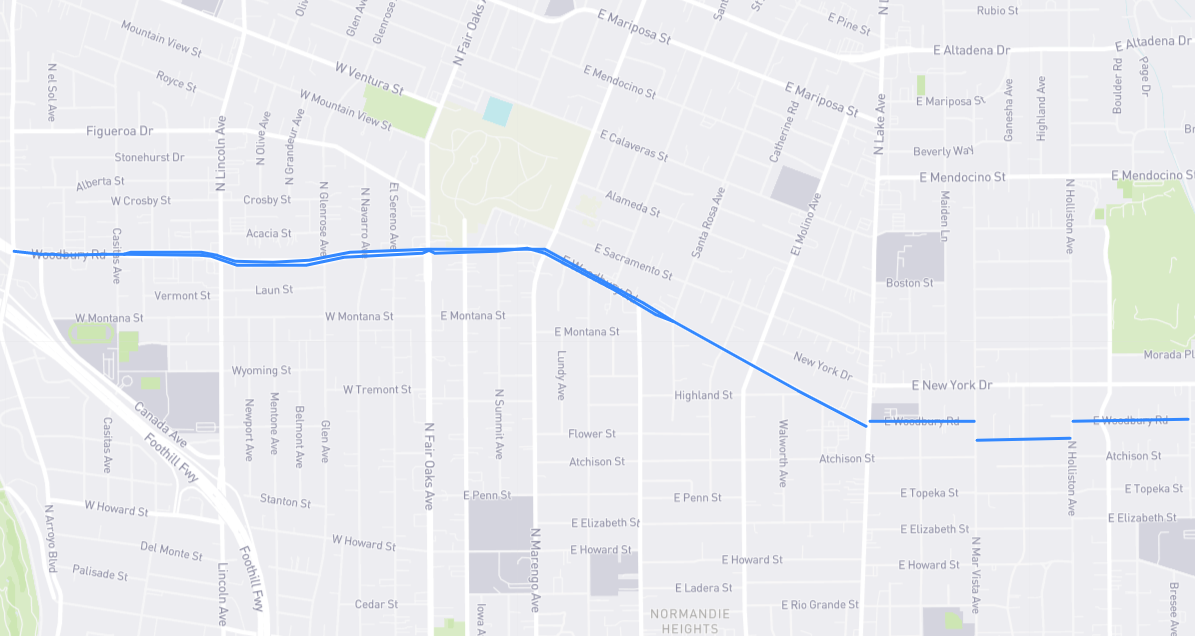