There is no “Saint Anita”. Legend has it that the original Rancho Santa Anita, run by the padres at Mission San Gabriel, was named by the mission’s majordomo Claudio López (1767-1833) after his wife Luisa’s cousin Anita Cota, whom he had truly wished to marry. (I found no Ana or Anita Cota in Luisa’s family tree.) The likelier theory is that the diminutive of “Santa Ana” was used to distinguish this rancho from the larger Rancho Santiago de Santa Ana, where the city of Santa Ana now sits. In any event, Rancho Santa Anita was a 13,314 acre land grant deeded to Scotsman Hugo Reid in 1841, two years after he petitioned for it. Over the ensuing decades, the rancho went through a string of owners, including Henry Dalton, circus producer Joseph A. Rowe, and finally Elias J. “Lucky” Baldwin, who bought the land from Harris Newmark in 1875, sold off chunks of it to Nathaniel Carter and William Monroe, then subdivided the rest of it as Arcadia in 1887. (Carter’s acreage became Sierra Madre; Monroe’s, Monrovia.) It’s said that Baldwin named his daughter Anita after the old rancho. He definitely named Santa Anita Avenue. And since Baldwin was as famous for his horses as he was for his money, it was he who built the original Santa Anita Park racetrack in 1907. 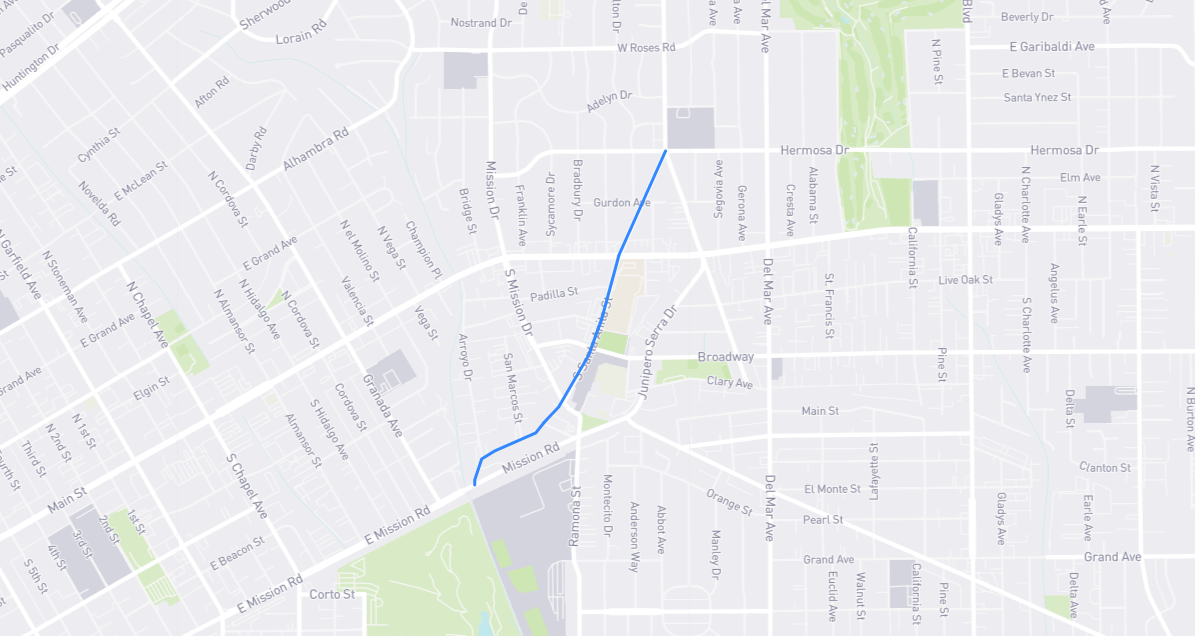