Named for John Schumacher (1816-1885), a two-term city councilman who quenched many an Angeleno’s thirst. A native of Würtemburg, Germany, Schumacher spent some years in Switzerland, Paris, and New York, then came to California in time for the Gold Rush. After discovering an $800 gold nugget at Sutter’s Mill, he took the money to L.A. and bought a corner at First and Spring, where he set up a general store. (E.A. Preuss was briefly his partner and later his son-in-law.) Schumacher was best-known for his contributions to L.A.’s drinking scene: not only did he own a local vineyard, he was the first in town to sell lager beer and got ladies hooked on a peach brandy cocktail. He was remembered as “a very kind-hearted, genial man, whom everybody here in the olden times knew and respected; he probably did not have an enemy in the world.” 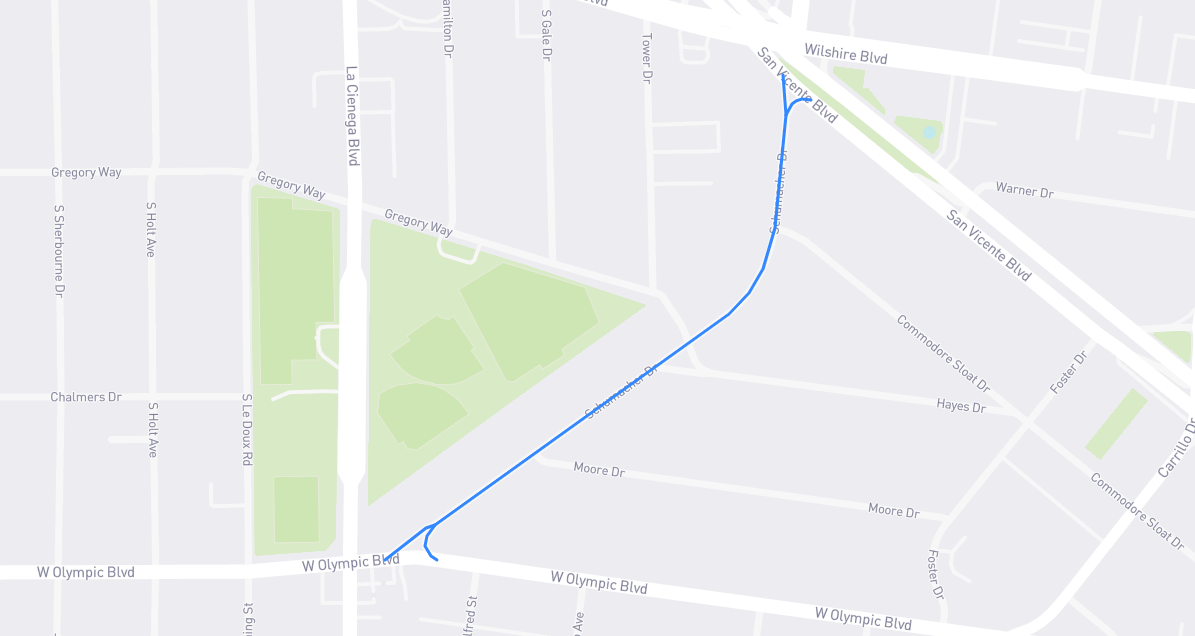