The original Preuss Road is now known as Robertson Boulevard. The current Preuss Road, one block east, is named for the same guy: Edward Anthony Preuss (1850-1932). Born in New Orleans and raised in Louisville, Preuss came to L.A. at 18 and became a chemist, drugstore owner (with future father-in-law John Schumacher), brewer, rancher, amateur gymnast, stalwart of the local German American community, and postmaster of Los Angeles. He was also, of course, a real estate speculator. He had a ranch near Pico and Robertson (i.e. Preuss Road) and briefly owned 3,680 acres in Rancho Rodeo de las Aguas: the future Beverly Hills. There Preuss reportedly hoped to establish a German colony called “Santa Maria”, but it went nowhere, so in 1881 he sold the land to fellow Teutons Hammel and Denker at a profit. The elderly Preuss was abroad when his street was rechristened Robertson in 1926; his reaction was not recorded. Some city planner threw him a bone by carving out Preuss Road next door. Fortunate footnote: In 1874, Preuss won $18,750 in the Louisville Lottery – back when a large house in L.A. went for $2,500. 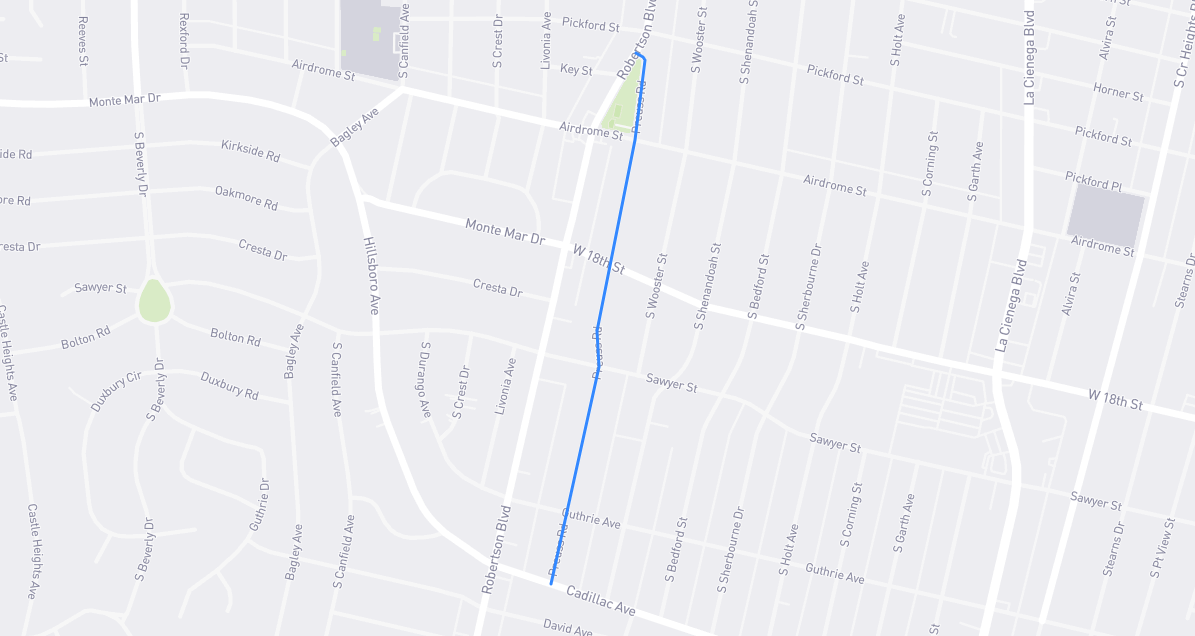