Gilbert Horace Sproul (1828-1883) and his brother Atwood (1834-1910) are considered the founders of Norwalk. Hailing from a large Maine farming family, the Sprouls rode out to Northern California in the 1850s with their older brother Ephraim. They set up a ranch in Placer County, but it was still the Wild West: in 1861, Gilbert and Atwood were attacked by local tribespeople and “very badly cut”; Ephraim was murdered by his native “domestics” that December. Gilbert and Atwood then relocated to Canyon City, OR, but California beckoned again, so in 1868 or 1869 they purchased 457.5 acres of the former Rancho Los Coyotes. Gilbert and his wife Annie built a house here in 1870 – it’s now a museum – and Atwood joined them in the mid 1880s after marrying his own wife Caroline, 29 years his junior. Sproul Street was one of Norwalk’s first named roads, along with Front Street and Church Street (now Firestone Boulevard). 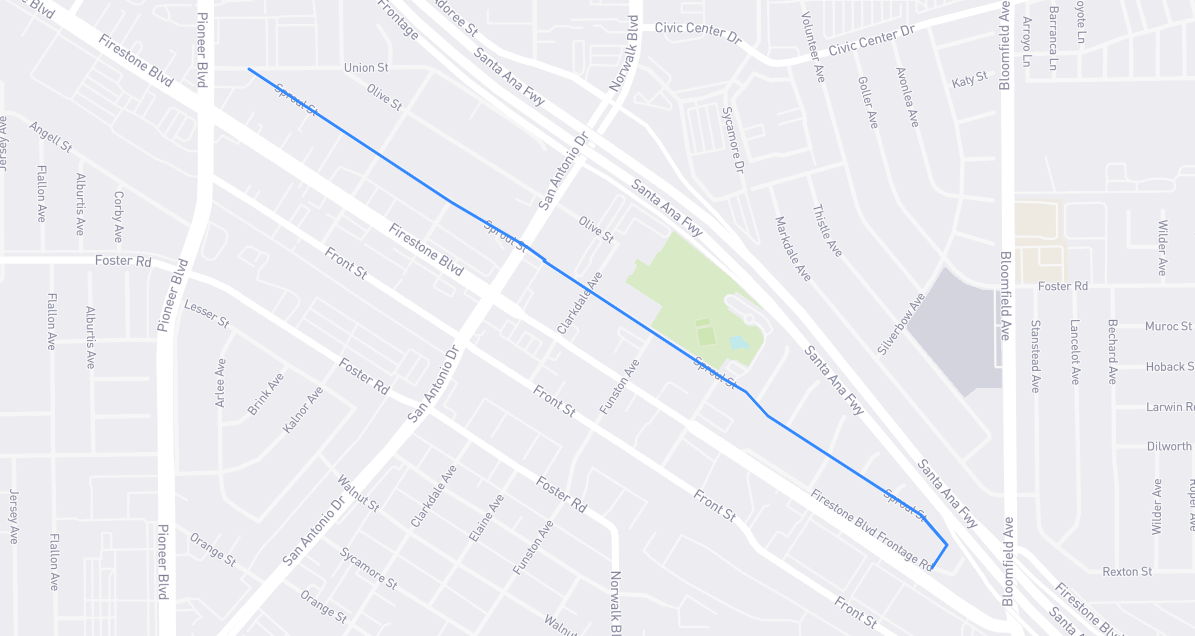