Classic car enthusiasts remember Studebaker as an automobile manufacturer, but the company originated in 1852 as a horse-drawn wagon business, founded by the five Studebaker brothers of South Bend, IN. One of those brothers, John Mohler Studebaker (1833-1917), moved to Monrovia in 1887 at the height of his fame and fortune. A year later, on March 4th, 1888, newspaper ads began promoting a new town called “Studebaker” – a whole 17 miles southwest of Monrovia. (This area between Downey and Norwalk was theretofore known as “New River”.) Ten days later, the ads suddenly stopped. Here’s what I think happened: Studebaker town builders Hervey Lindley and George Mason had “borrowed” the wagon maker’s trusted name to give their new community some prestige, but J.M. Studebaker – who didn’t know these guys, and who was deeply invested in Monrovia’s development – was not amused and shut them down. Nevertheless, a train station called Studebaker was established here in May of that year, and the neighborhood was soon known by that name. Studebaker Road itself was named by 1914. 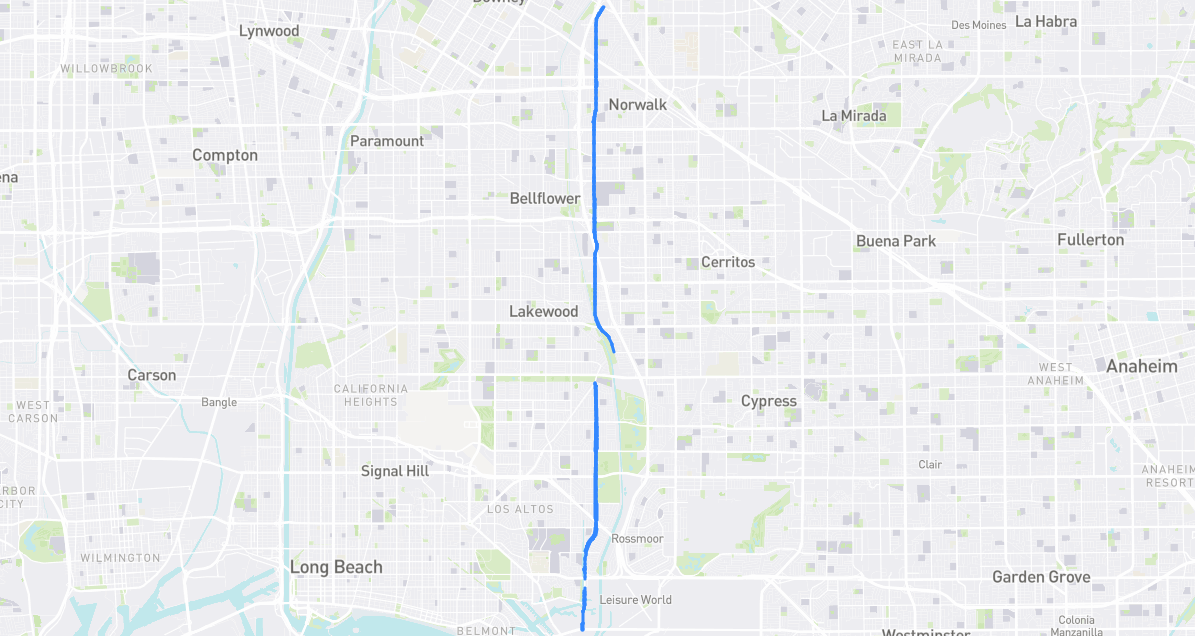