Long a source of amusement for teenagers and potheads, Stoner Avenue is actually named for Albert James “A.J.” Stoner (1869-1935), a Michigan-born lumber merchant who came to Sawtelle in 1904 after more than a decade in Phoenix, AZ (when that city’s population was a mere 5,000 souls). Sawtelle was its own city back then, and Stoner Ave. was plain old 12th Street. In 1919, several Sawtelle streets were renamed for Civil War battles (see Corinth) and 12th Street became Carthage Ave. After Sawtelle merged with Los Angeles in 1922, Carthage was renamed 112th Ave. Finally, in 1925, it was christened Stoner Ave. By then, A.J. Stoner had proven himself a pillar of the Sawtelle community – not just with his lumber business, but as president of the chamber of commerce and a key proponent of the merger. By the way, Stoner never lived on his eponymous street, but an unrelated Herschel H. Stoner did. 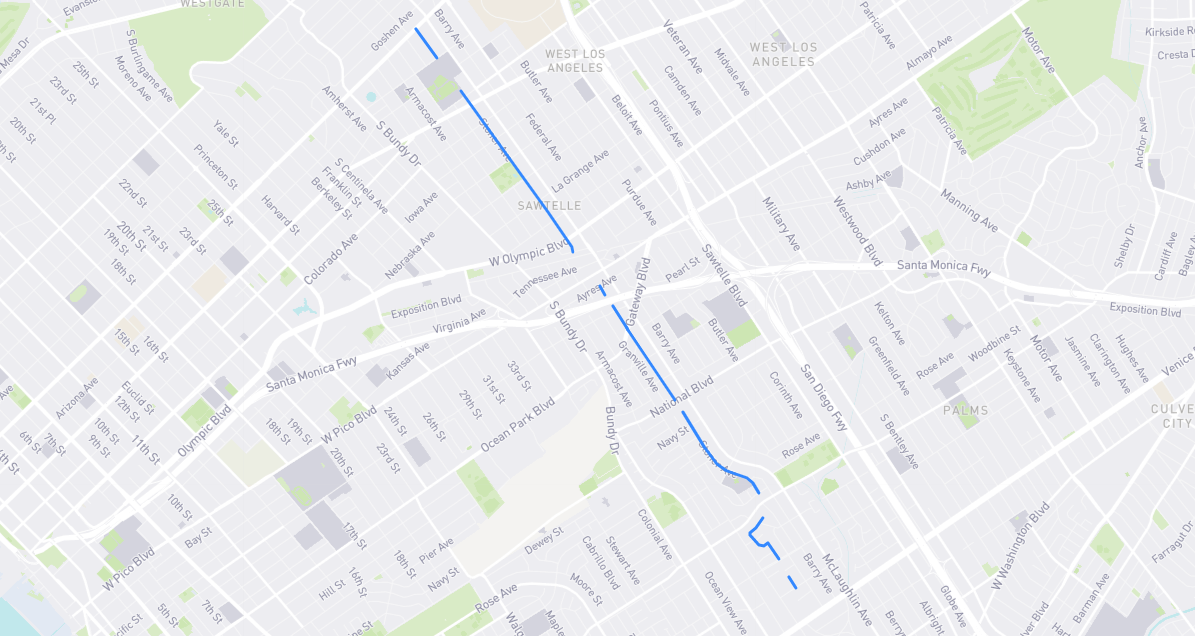