It’s fitting that Ayres Avenue, named in 1923, would run alongside West Pico Boulevard, for it was developer Frank Hurlbut Ayres (1876-1950) who in 1917 helped complete the years-long process of extending the former Pico Street out to Santa Monica. Ayres hailed from Toledo, Ohio, where he worked for the Briggs Real Estate Company. In 1905, he, his wife Daisy, and their little boy Don came to Los Angeles to scout properties for Briggs. They stayed, and Ayres eventually set up his own real estate firm. It became “Frank H. Ayres & Son” in 1929, with Don brought on board as partner. Ayres Sr. built over 30 subdivisions across the Southland. His company – now with Don effectively in charge – was also behind one of Westchester’s first tracts: see Kentwood Avenue for more. P.S. from the Small World Department: just north of Ayres Avenue was the former Rancho San Jose de Buenos Ayres (sic), which would become Westwood. 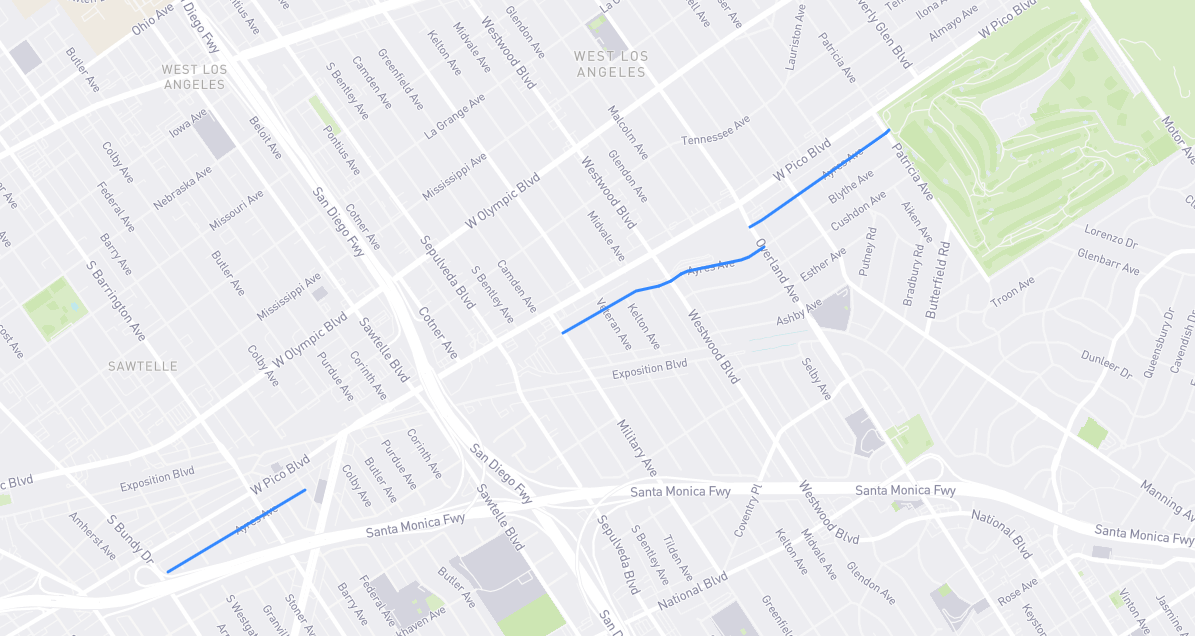