One of many Silver Lake streets inspired by the works of Sir Walter Scott (see Ivanhoe Drive), Teviot Street, named in 1910, refers to the River Teviot, which winds through the Scottish Borders region so dear to Scott’s heart. It is mentioned several times in his 1805 poem The Lay of the Last Minstrel. To wit: “Sweet Teviot! on thy silver tide,/The glaring bale-fires blaze no more;/No longer steel-clad warriors ride/Along thy wild and willowed shore”. Nearby Tesla Avenue also briefly took on the Teviot name. 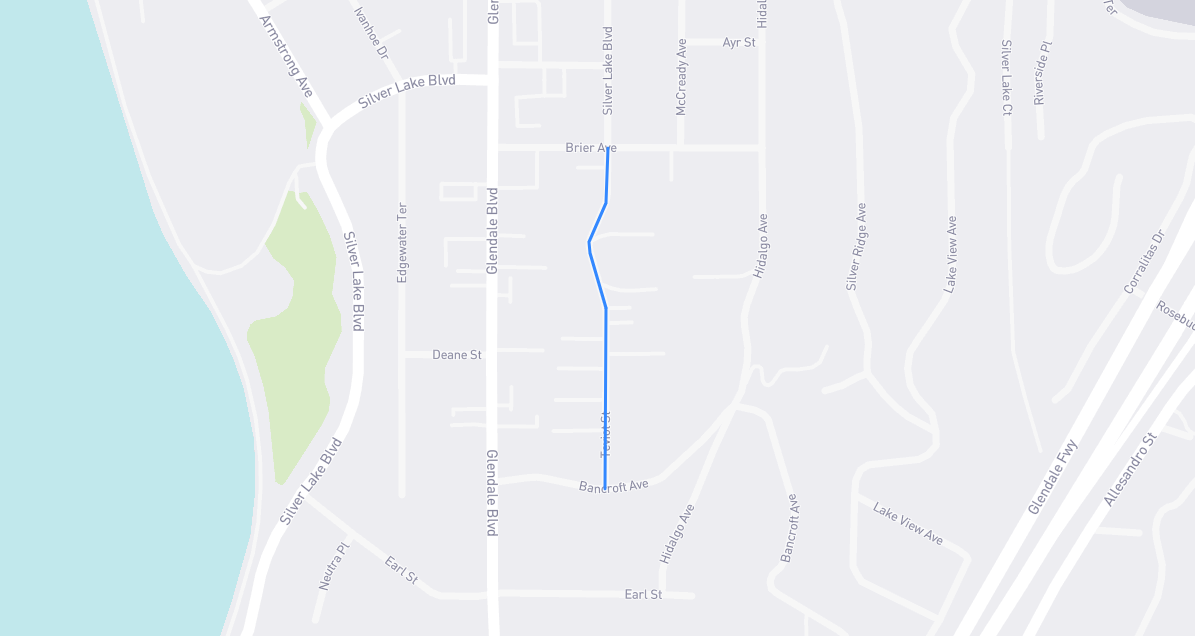