No, Olvera is not the oldest street in Los Angeles. That distinction goes to good old Main Street – well, maybe. (It might also be Aliso or Cahuenga or Wilshire, if you’re counting prehistoric paths.) The most plausible theory holds that present-day Main began as one of the two anonymous roads that led from the original pueblo’s central plaza in 1781. It came to be known as Calle Real, then Calle Principal, then Main Street once the English speakers came to town. A less plausible theory is that surveyor E.O.C. Ord, while mapping L.A. in 1849, made a mistake: the young city’s actual Calle Principal was actually present-day Los Angeles Street, but Ord accidentally ascribed the “Main” name to a lesser street. I doubt that hypothesis myself, but regardless, Ord’s Main is our Main. 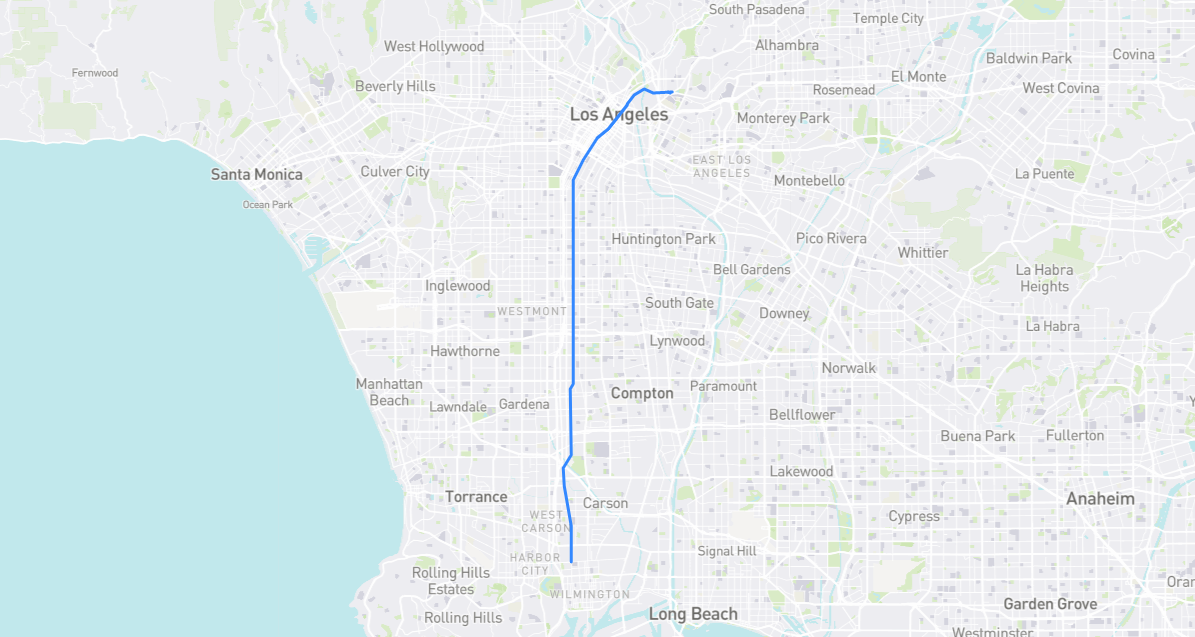