In July 1993, one block of Ramona Street was renamed in memory of Thurgood Marshall (1908-1993), the first black justice on the Supreme Court. Born Thoroughgood Marshall in Baltimore, the legendary civil rights lawyer attended Lincoln University and Howard University School of Law, then set up practice in 1933. As chief counsel for the NAACP, Marshall successfully argued against segregation in several cases, most famously 1954’s Brown v. Board of Education. JFK nominated him to the Court of Appeals in 1961; LBJ nominated him for the Supreme Court in 1967. This street, which runs between Pasadena City Hall and Superior Court, was renamed six months after Marshall’s death thanks to efforts from the Pasadena and Altadena chapters of the NAACP. 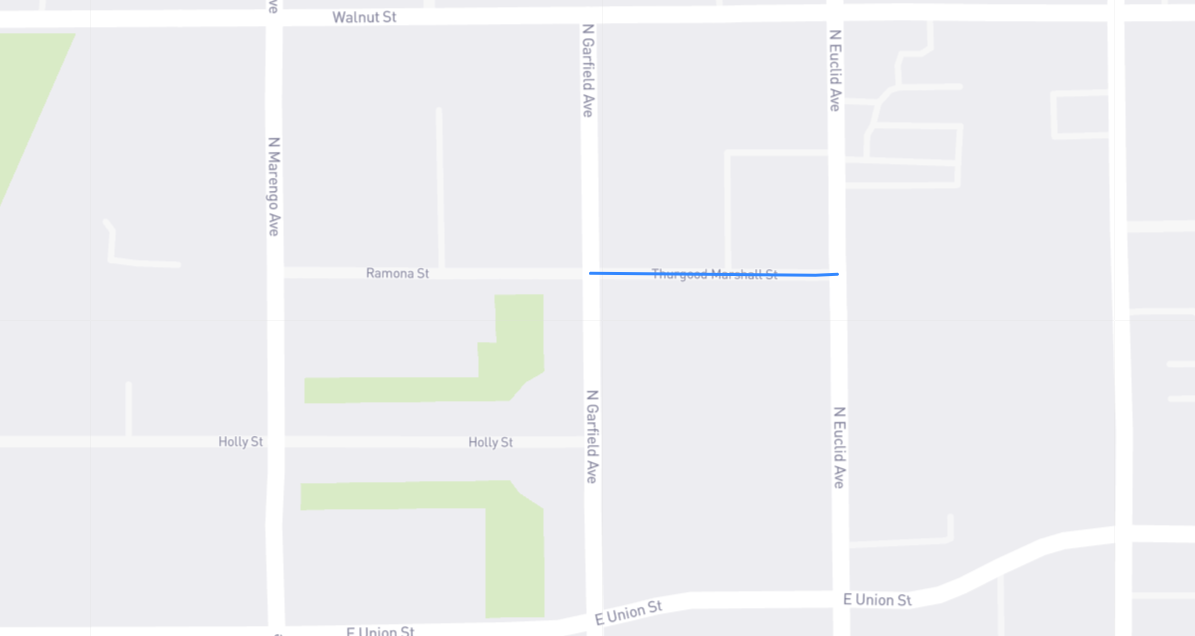