The former Hermon Avenue – Hermon being one of the five neighborhoods that became Greater Highland Park in 1922 – was rechristened Via Marisol in 1978 by L.A. city councilman Arthur Kress Snyder (1932-2012)… in honor of his 3-year-old daughter Erin-Marisol. Residents were outraged by such a blatantly self-serving move and accused Snyder of “highway robbery”, but the wily councilman, no stranger to controversy, claimed that “Marisol” was short for Maria la Reina del Sol (Mary, Queen of the Sun). Since other streets in this neighborhood had Spanish names, he argued, Via Marisol was more appropriate than Hermon Avenue. 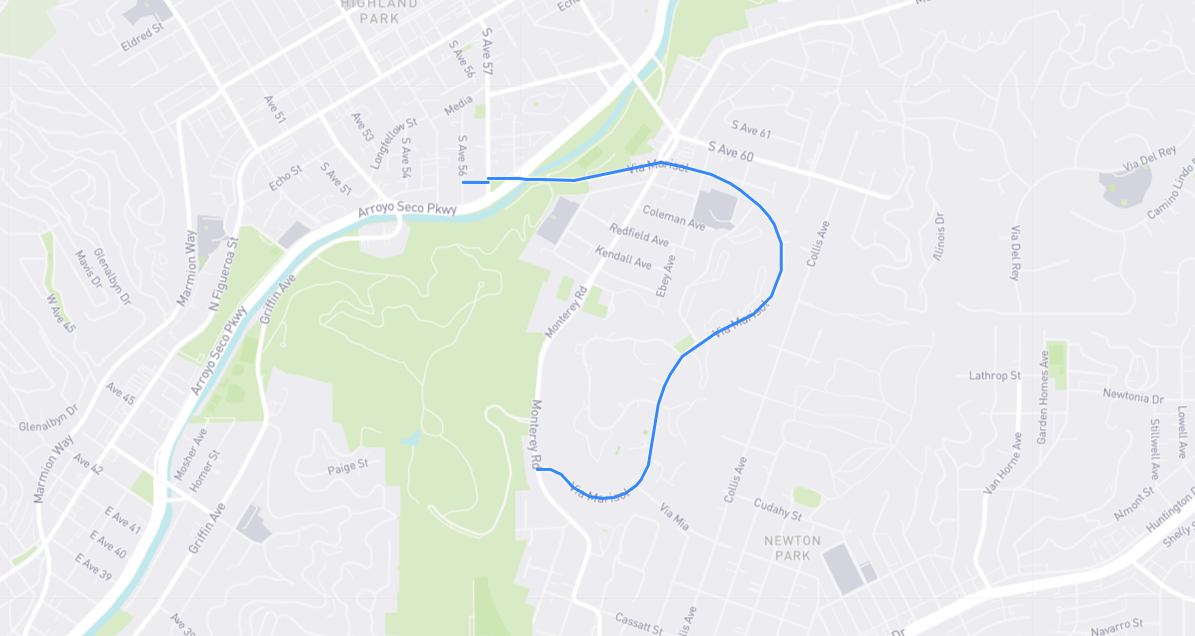