Most Californians know about Junípero Serra – if you don’t, I’ll give you some background in a moment – but not everyone agrees on how to say his name. Proper Spanish would be “hoo-NEE-ped-o”. English speakers mostly go with “hoo-ni-PAIR-o”. But if you’re in Long Beach, don’t be surprised if you hear locals call this 1886 street “WAH-ni-PAIR-o”. Perhaps some LBC old timers thought Serra’s first name was Juan, so we’re left with this unique pronunciation. (If you like that, you’re going to love Ximeno Avenue.) Anyway, Junípero Serra (1713-1784) was a Franciscan friar from the Spanish island of Mallorca. He came to Alta California in 1769 and established the first nine of our 21 missions, converting the indigenous peoples to Christianity whether they liked it or not. Unsurprisingly, Serra’s work has since become a polarizing issue. 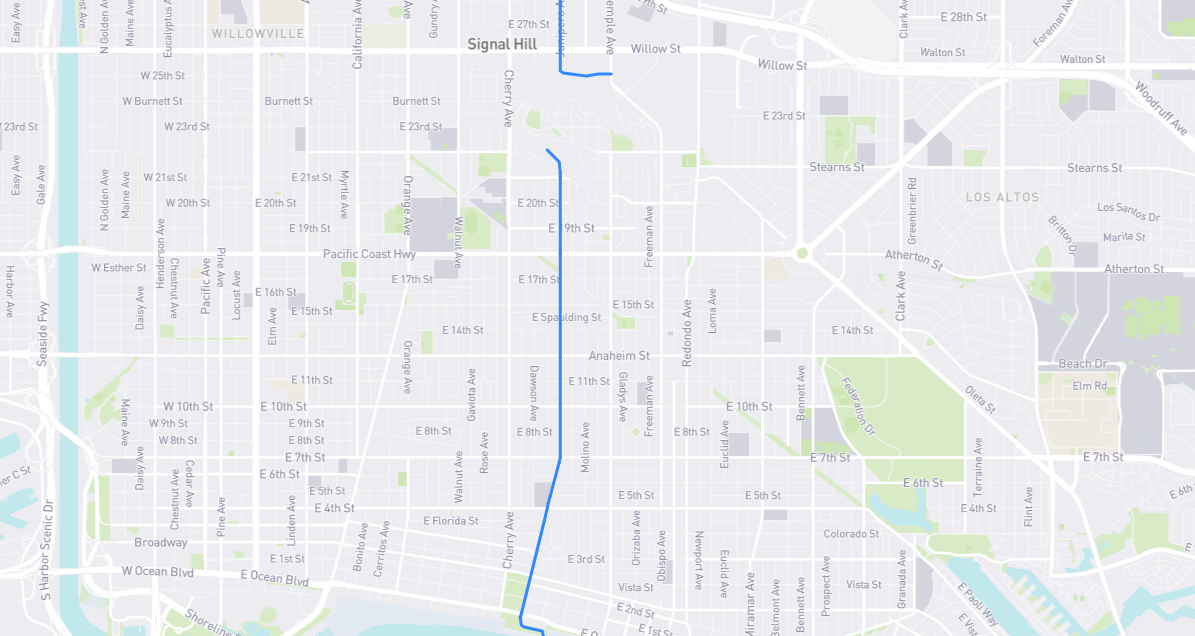