Clifford Constantine Charleville Tatum (1879-1956) was a powerful real estate agent who, because of his mouthful of a name, went by “C.C.C. Tatum”. As he is credited with subdividing neighborhoods around Wilshire and La Cienega in the 1920s, Charleville Blvd. could hardly take its name from anyone else. (Notably, the street begins at Le Doux Road: Tatum’s wife and business partner was born Blanche Le Doux.) Tatum, who hailed from St. Louis, came to L.A. with his mother and brothers in 1897 – it’s not clear what happened to dad – and was working in real estate the following year. He cofounded the Los Angeles Realty Board in 1903 and later served as its president; he also convinced the City of L.A. to change Westlake Park to MacArthur Park in 1942. As for the source of “Charleville”, Tatum’s maternal ancestors included members of the Chauvin/Charleville family, French immigrants who settled near St. Louis way back in the 1730s. 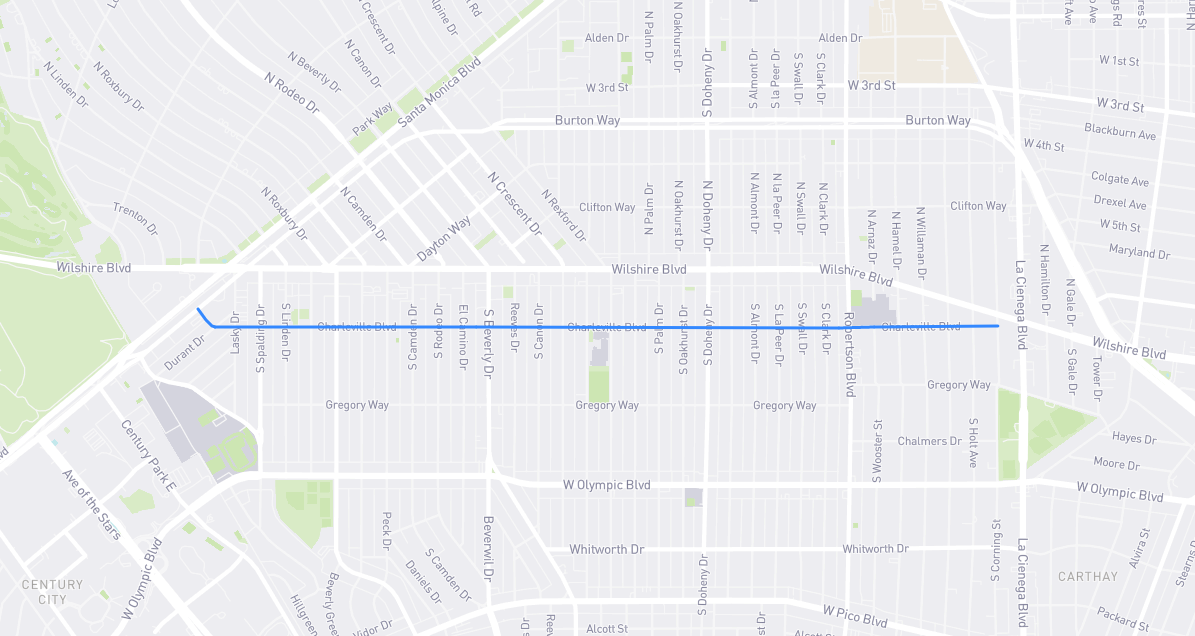