It might be named for Spanish conquistador Francisco Vázquez de Coronado (1510-1554), but it’s much more likely that Coronado Street was inspired by the city of Coronado in San Diego County and/or its world-famous Hotel del Coronado. This road was born in 1887 as Baronne Street; it was part of a Westlake trio, along with Carondelet and Rampart, named for matching thoroughfares in New Orleans. A “Mrs. O.T. Bridge” petitioned City Council to rename it Coronado Street in 1894. Since the posh Hotel del Coronado, which opened in 1888, was all the rage, one can guess that Mrs. Bridge and her snooty neighbors felt its name would enhance their property value. The city of Coronado takes its own name from the Coronado Islands off the Baja coast. It’s claimed that, in 1597, another explorer, Sebastián Vizcaíno, either dubbed the islands Los Cuatro Coronados – “The Four Crowned Ones” – or Los Cuatro Mártires Coronados – “The Four Crowned Martyrs”. 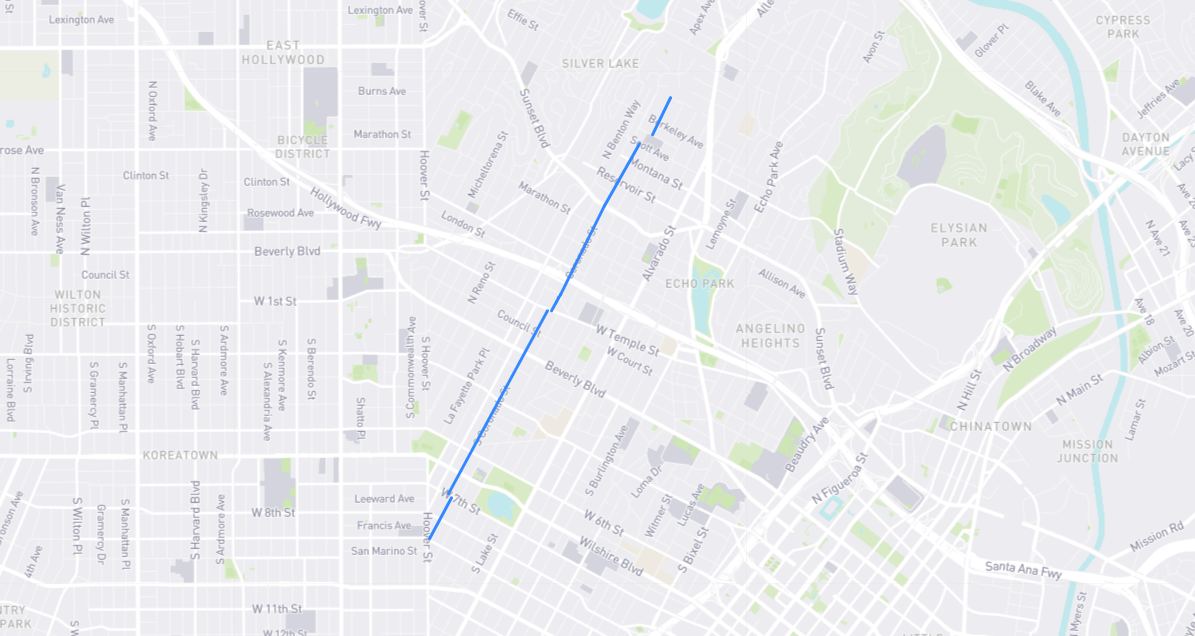