Builder/contractor James Harley “J.H.” Willey (1877-1955) subdivided this land in 1922, naming this street after himself and the cross street Harland Avenue after his young son. Willey grew up in Emmetsburg, Iowa, the son of English immigrants. The 1910 census showed that he was working as a grocery clerk in Albuquerque that year, but by 1914 he was erecting houses in Los Angeles. Willey’s first wife Dorothea (née Miller, 1881-1932) died from diabetes; a few years later, he married divorcée Eleanor “Tommye” Rowntree, who had two grown kids of her own. 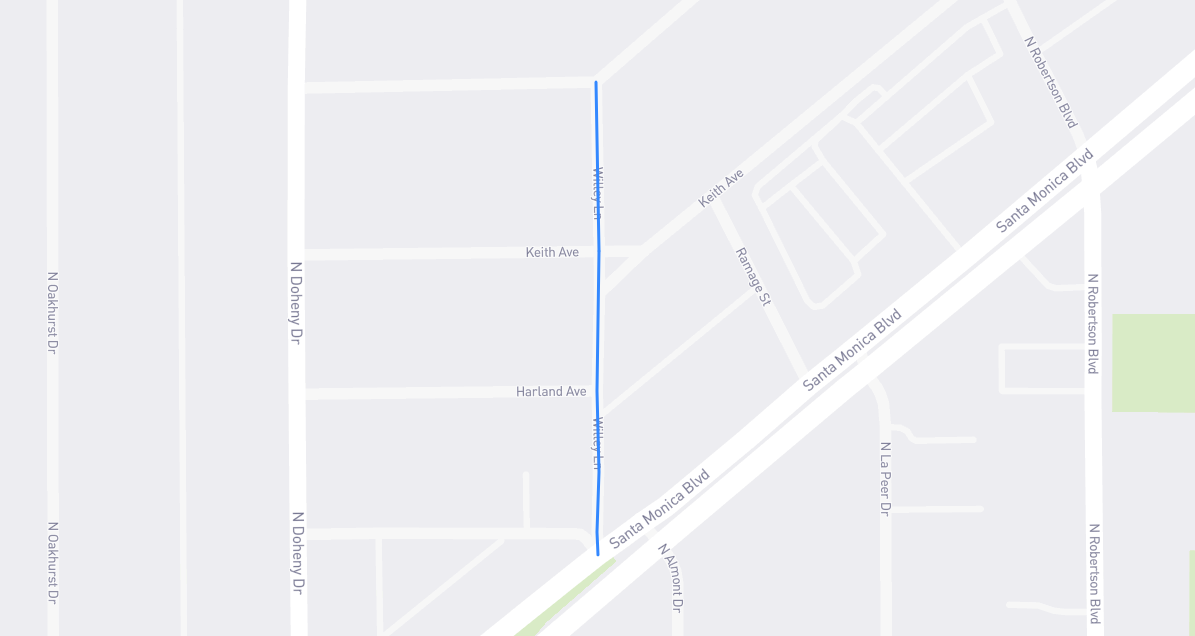