Named for Harland Eugene Willey (1911-1987) by his father James Harley Willey, a building contractor. Harland was just a kid at the time: the first houses went up here in 1922. He later attended Fairfax High and USC, married a woman named Jewell Chalk, had three daughters, and wound up living in the Gateway Cities area (Maywood, Downey, Whittier, etc.). It appears he worked as an oil field foreman, then became a chemical engineer of some sort. 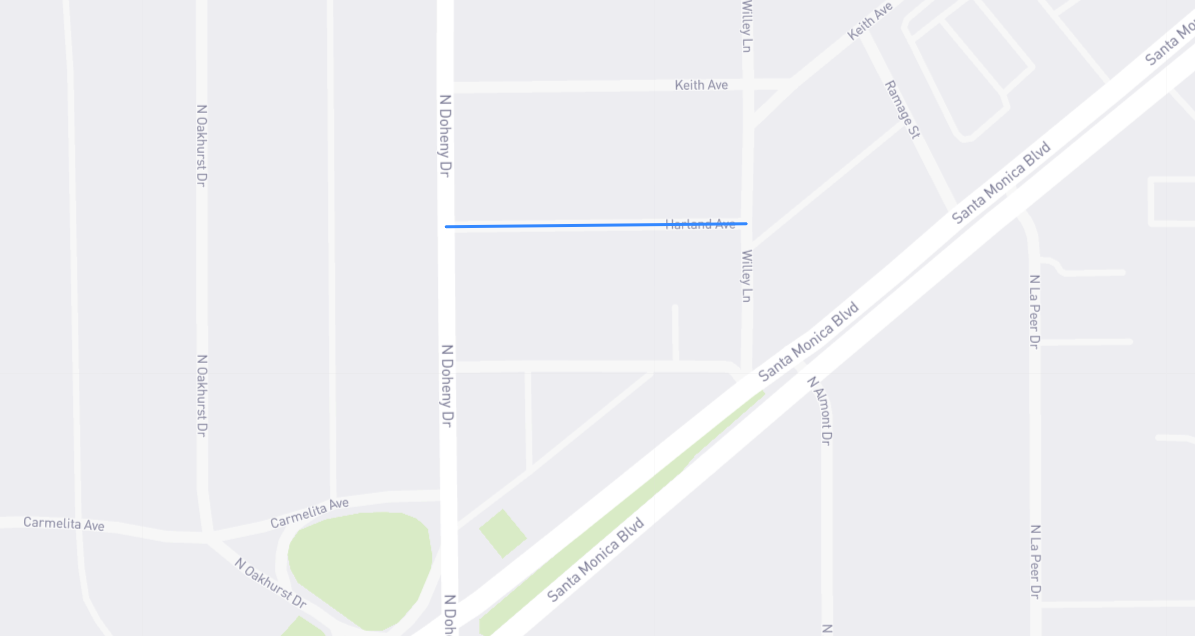