There was probably never an orange grove where Orange Grove Ave. now lies. The street originated in 1906 on the Hollywood Valley View tract between Fountain and Santa Monica; the syndicate who owned the tract had purchased 27 acres from farmer Isaac Newton Wilson (1855-1925), who had raised lemons and sugar beets and even dairy cows here… but no oranges. The syndicate did plant orange and lemon trees on some of the lots to attract buyers, but “Orange Grove” was really just marketing. In his 1938 book History of Hollywood, Dr. Edwin O. Palmer, who’d lived here since 1901, wrote that although Elijah Curson and Charles Harper had small groves, oranges weren’t commercially grown in pre-urban Hollywood because the only variety that thrives in this microclimate is sweet but yellowish – I can attest to this – and thus unsellable to folks who prefer their oranges orange. 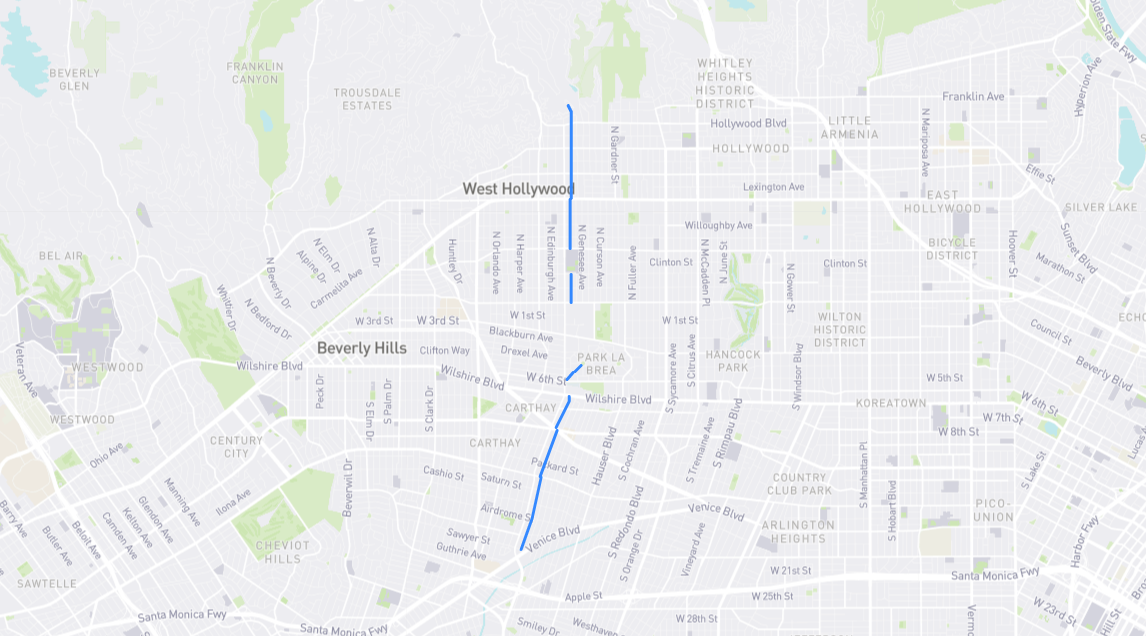