Named, of course, for U.S. President Woodrow Wilson (1856-1924), previously president of Princeton University and governor of New Jersey. The land for this street was offered to L.A. County in November 1918 – while Wilson was still in office – by Amy L. Smith (1855-1923). She, her realtor husband Harry, and two other investors had purchased a large hunk of these hills a decade earlier, and even developed 115 acres of it as a short-lived golf course. The Smiths also built themselves a fine home here. When the County wished to extend a road through the property, Amy Smith deeded her land on one condition: that the road be named for President Wilson. (No reason was given, but we can assume simple patriotism, as the offer was made days after WWI ended.) It was known as Woodrow Wilson Boulevard until 1924. 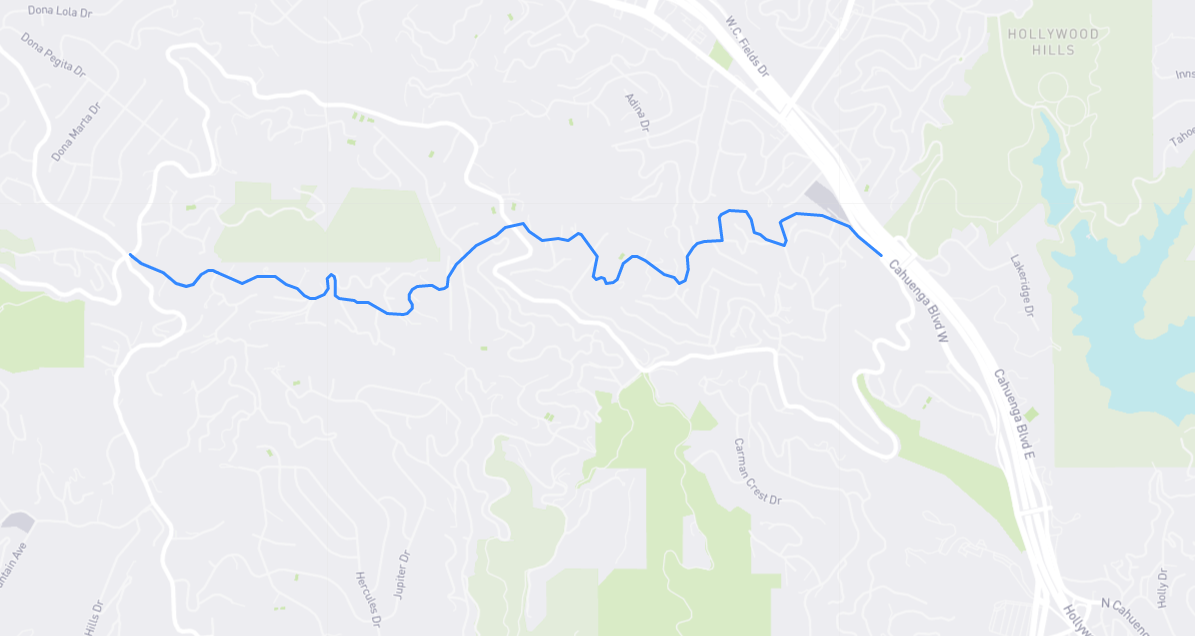