It’s the only thoroughfare in Los Angeles County that starts with X. Given its perplexing pronunciation, you can see why there aren’t more. For while a Spanish speaker would pronounce Ximeno “hee-MAY-no”, it’s a Long Beach tradition to say “ex-IMM-en-o”. Why such an unusual street name? Here’s my hypothesis: it’s a fact that the Alamitos Beach townsite was laid out in 1886 with twenty alphabetically-arranged avenues, starting with Alamitos as the “A” and ending with Termino as the “T”. I believe someone designed Ximeno as the “X” in an eastward expansion of these avenues – it is four blocks east of Termino, after all – and for some reason the “U”, “V”, and “W” names never materialized. At any rate, some say this street’s inspiration is Jimena Díaz de Vivar (c. 1046 – c. 1116), wife of the great Spanish hero El Cid. In her era, “Jimena” would have indeed been spelled “Ximena” – so why not Ximena Avenue? A more plausible namesake is Manuel Jimeno Casarín (1815-1853), occasional acting governor of Alta California during Mexican rule. Old records show that he sometimes went by “Ximeno”. 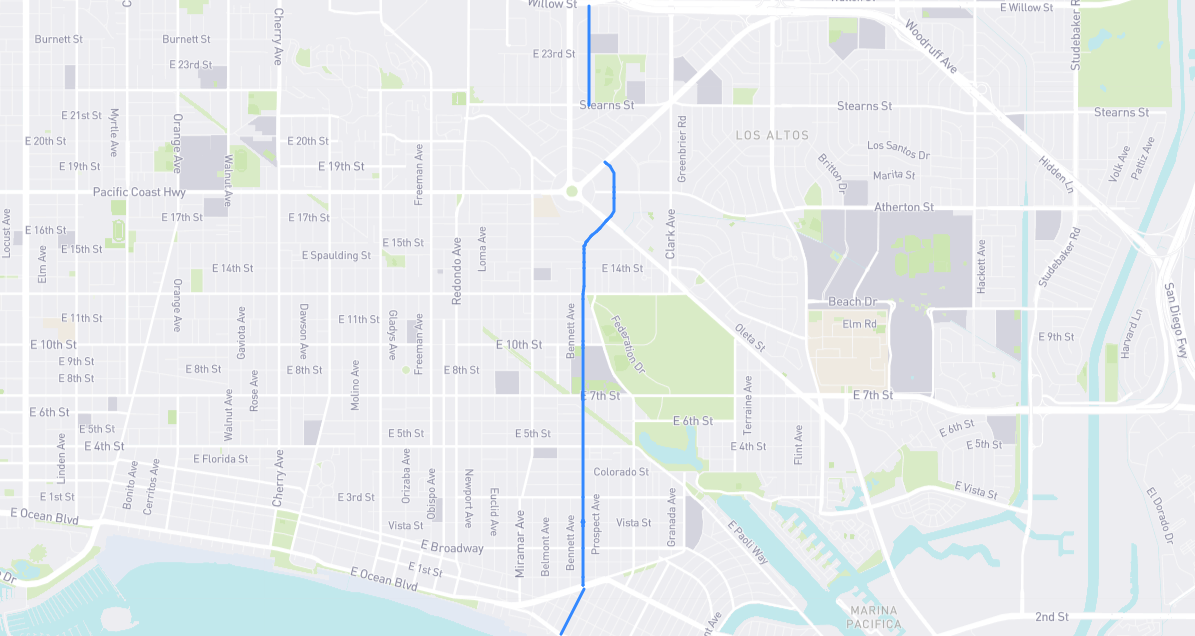