The charming Naples neighborhood was just a marshy island in 1903, when developer Arthur Mervil “A.M.” Parsons (1858-1942) envisioned an Italian-themed vacationland here. (This, when much of the surrounding area was still oil fields.) With a healthy investment from Henry Huntington, Parsons and his son Arthur Cline “A.C.” Parsons (1885-1931) bought the island from the Bixbys, dug a canal (which circles Naples Lane itself), shored up the banks, and laid out streets with Italianate names. Parsons wanted to call his little archipelago “Venice”, but Abbot Kinney up the coast had beaten him to it, so “Naples” was chosen in a name-the-neighborhood contest. The community suffered numerous setbacks over the years, not least from the 1933 Long Beach earthquake, but it thrives today with over 1,200 homes. 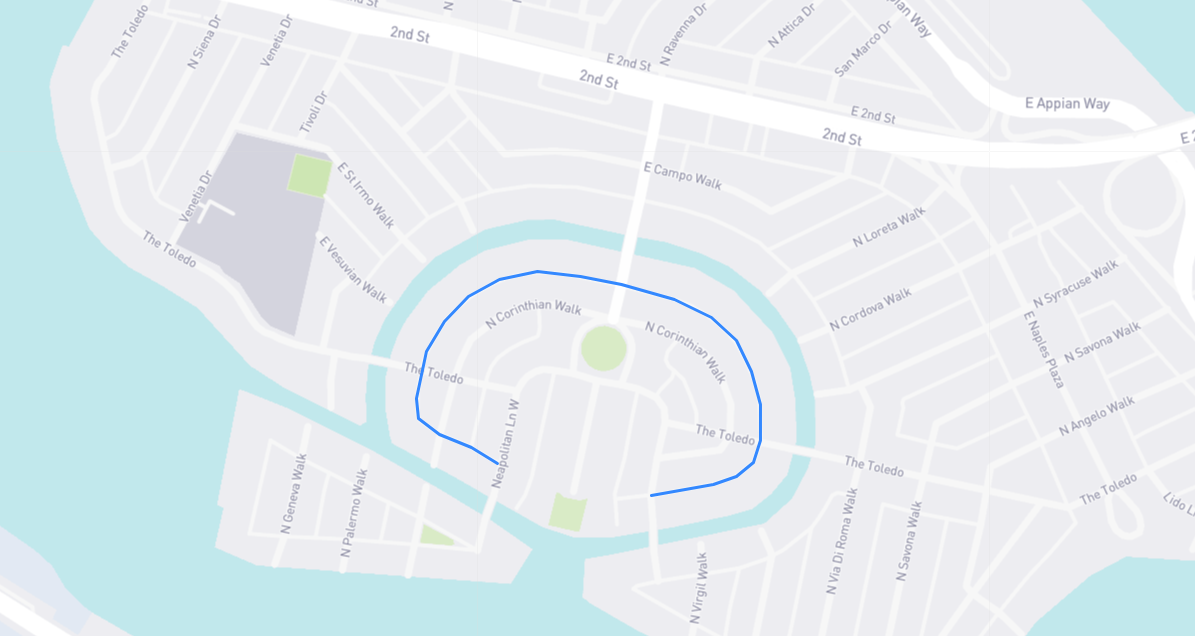