Zanja is Spanish for “irrigation ditch”, but don’t just picture some muddy trench: zanjas, many elegantly lined with brick and/or concrete, brought water to thousands in early Los Angeles. After the pueblo was founded in 1781, the Zanja Madre (“Mother Ditch”) became its infrastructural centerpiece, diverting water from the L.A. River to farmers’ fields and residents’ homes. Miles of smaller zanjas, all carrying river water, were added as the city grew, and this system of mini aqueducts remained in use for more than a century. Less efficient and sanitary than underground pipes, the last of the zanjas were covered up in 1904 upon the recommendation of William Mulholland, once a zanja cleaner himself. Today’s “Zanja”-themed streets might trace the routes of long-gone zanjas or could just be tributes to L.A.’s rustic past. By the way, native Spanish speakers pronounce the word “SAHN-ha”; I don’t know how the people who live on this street say it. 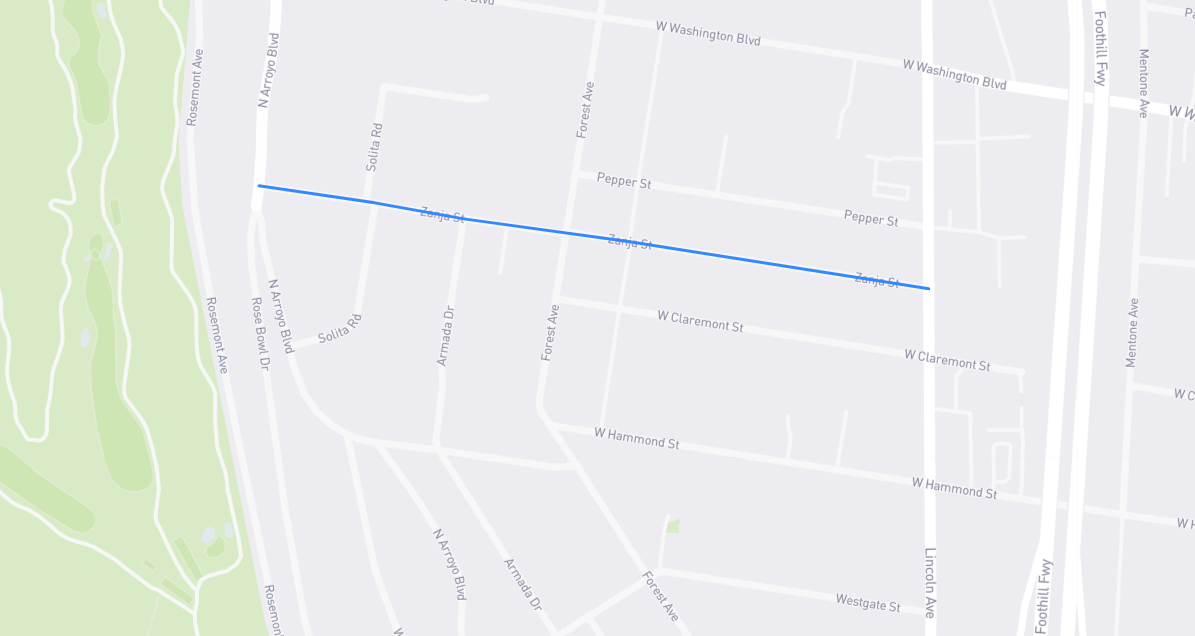