It might just look like the back half of “Pasadena”, but Adena Street honors a real person: Mary Adena Janes (1849-1925), an Ohio native who went by her middle name. (Other records suggest that she previously went by “Nona”.) Her husband was Dr. Robert Kennedy Janes (1854-1935), a dentist originally from Troy, NY. A childless couple, the Janeses married in Illinois in 1877, lived in Missouri for a spell, then settled in Pasadena by 1887; Robert named this small street for Adena sometime before 1894. To my knowledge, they never lived on the street itself. 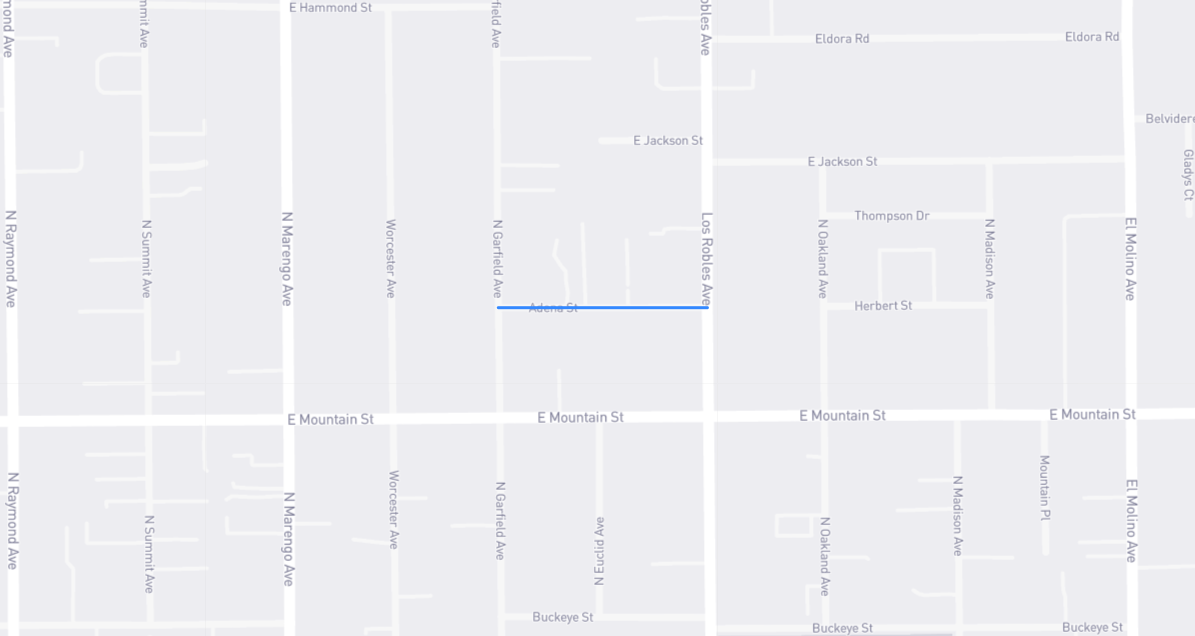