Named after Robincroft Castle, the whimsical Gothic Revival mansion located here. This was originally a 12 acre estate built in 1903 for “Bee King” William S. Fletcher who, facing legal trouble ten years later, committed suicide by throwing himself down a well. The mansion’s name comes from Jane Bancroft Robinson (1847-1932), who lived here with her sister Henrietta Ash Bancroft (1843-1929) between 1918 and 1925; “Robincroft” was a portmanteau of their surnames. Both women were influential Methodists and accomplished scholars: Robinson was dean of women at Northwestern University and Bancroft was dean of women at Michigan’s Albion College. In early 1925, Robinson donated the property to the church, setting aside 3 acres and the “castle” for retired deaconesses (female Methodist missionaries) and subdividing the other 9 acres – complete with new streets like Robincroft Drive – into bungalows for retired male missionaries and their wives. 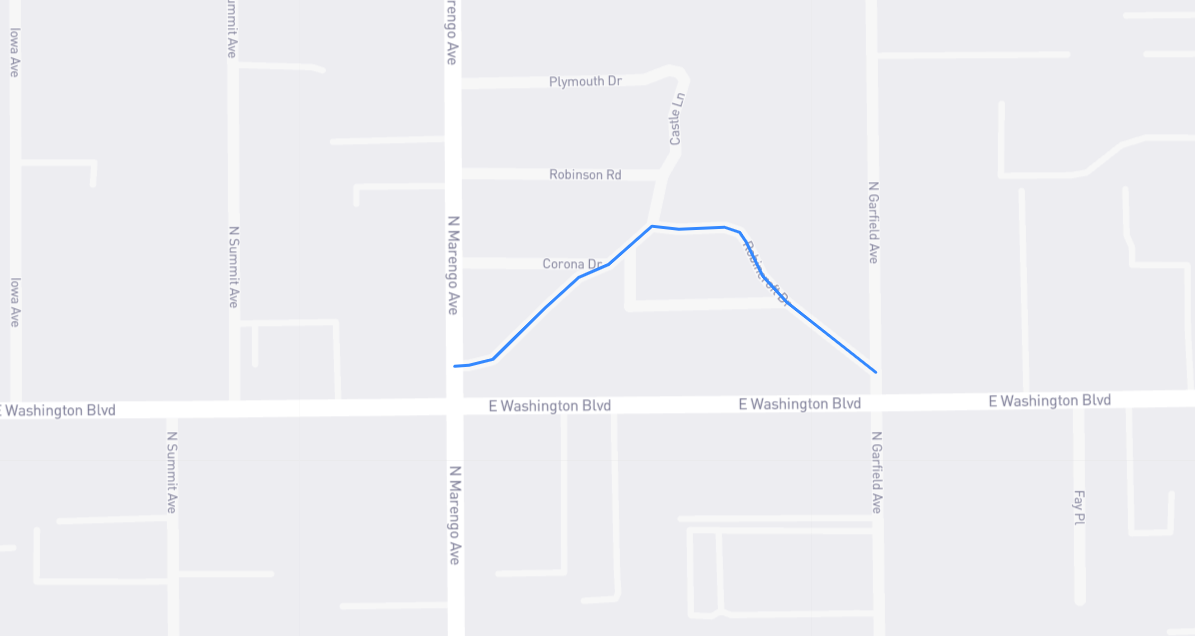