Tucked away behind Dodger Stadium is the neighborhood of Solano Canyon, named for its first settler Francisco Solano, a Costa Rican immigrant born c. 1825. He came to L.A. between 1848 and 1850 with the Casanova family, then married the Casanovas’ teenage daughter Rosa in 1854. With the money he earned from his meatpacking business, Solano purchased half of this ravine in 1866. He died in 1871, leaving his son Alfredo a.k.a. Alfred Solano (1857-1943) to buy the other half and develop it all. Alfred, who christened Solano Avenue in 1888, was even more accomplished than his father. As a boy, he was “adopted” by L.A. city surveyor (and Anaheim founder) George C. Hansen (1824-1897), who took him in and educated him in the civil engineer trade. (Contemporary readers might wonder if Hansen, a lifelong bachelor, felt more than a paternal love for the young Alfred, but there’s no evidence.) They became business partners and excavated the future Echo Park Lake, among other achievements. Upon his death, Hansen left his protégé his entire estate. Solano went on to own Hollywood’s Runyon Canyon – then called Solano Canyon – for many years, using it as a rustic retreat. He and his wife Ella Brooks Solano lived on Figueroa. 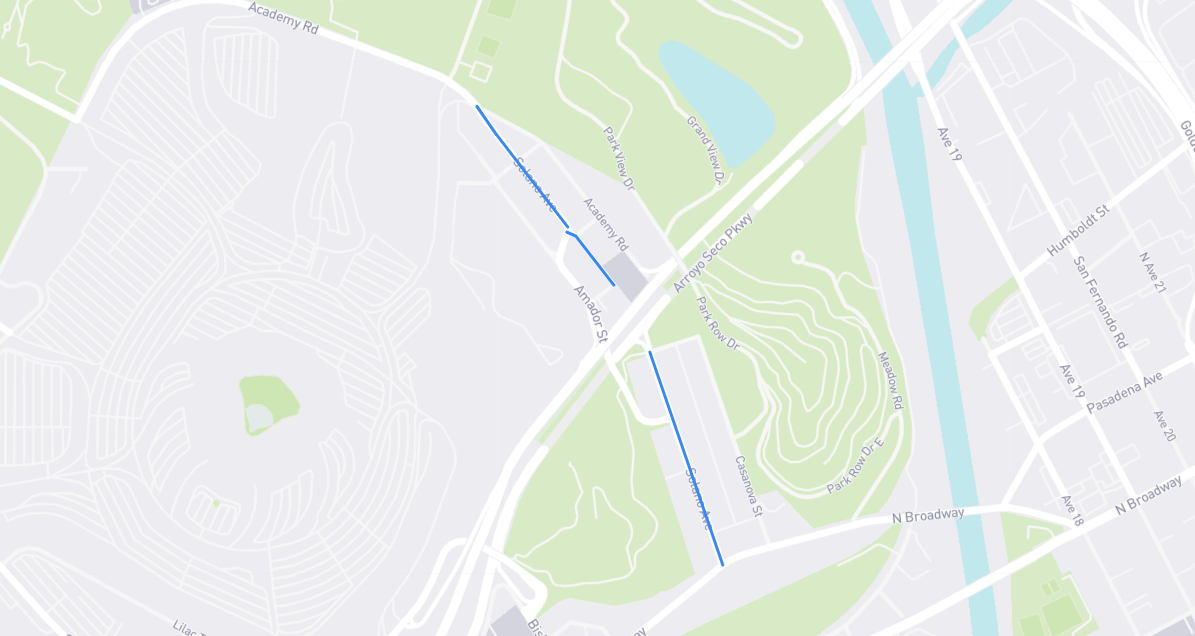