“Alosta” was coined in 1883 for a post office set up here by homesteaders Harrison and Mary Ann Fuller; they took the name from their oldest child Anna Losta Fuller (1855-1926), then a rising star in the music world. Born in Maryland like her parents, Fuller grew up in Iowa and graduated from Iowa Wesleyan University in 1877. She then went straight to Philadelphia to study opera. A mezzo-soprano, her first public recital in 1878 earned her notices for her “clear and bell-like voice”. After performing around the East Coast and L.A. to rave reviews and packed houses, Fuller headed to Europe to train with top vocal coaches. Her London debut in 1895 earned lavish praise from the press. “Miss Anna L. Fuller”, as she was billed, was on the brink of stardom – and then she suffered some sort of breakdown. Whatever happened, her career was over by 1898. In 1909, Fuller married Heinrich Conrad Bierwirth (1853-1940), a professor of German at Harvard whom she had met in Germany in the 1880s. It’s not clear why they waited so long to wed, but she spent her final years with him in Cambridge, MA. Back here in the SGV, “Alosta” became the name of a short-lived town founded in 1887 by L.A. County Sheriff George E. Gard. Alosta Avenue was named that year; Harrison and Mary Ann Fuller lived on the corner of Alosta and Citrus. 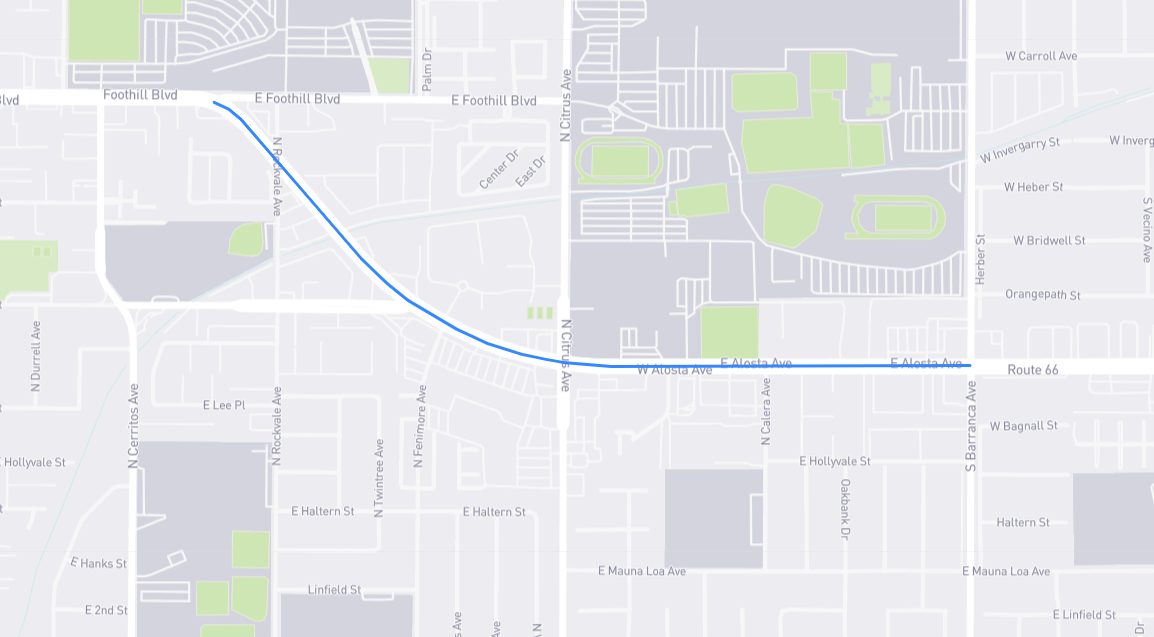