You can guess who this private road off of Mulholland was named for. In fact it’s the only street in L.A. County named for Walter Elias Disney (1901-1966). Why this one, especially since it only leads to the parking lot at the ultra-exclusive Curtis elementary school? Well, among the school’s biggest benefactors was Walt’s daughter Sharon Disney Lund (1936-1993), so you can connect the dots. For the curious, Walt’s own homes in L.A. were on Lyric Avenue, Woking Way, and finally Carolwood Drive. 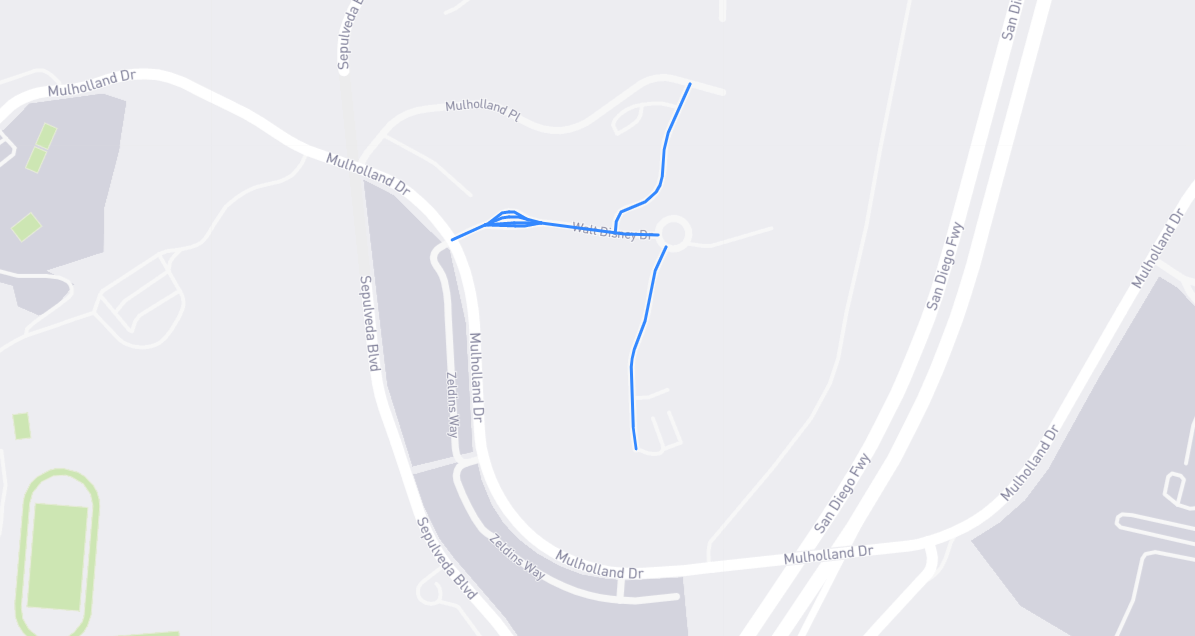